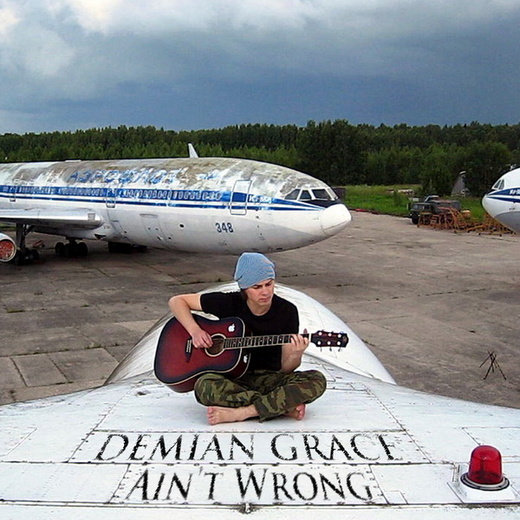 First album of Demian Grace - «Right Signs» was recorded by Roman Olkhovka on his laptop with two guitars and one mic in 2008 in Moscow. But this work attracted attention of Jon Letts - british musician and producer from Leicester, UK
He decided to make new mix of this record in his home studio, but after that he still wanted something more and he offered to record something new together. That was start of recording sessions for second album of Demian Grace - «Little Song For Darling»
Some new musicians also co-worked with them: Ruslan Olkhovka from Krasnoyarsk (bass) and Alexey Krivobok from St. Petersburg(guitar). They sent recorded parts to Jon over Internet. Roman recorded vocals and acoustic guitar parts in specially rented studio in Moscow. Jon recorded drums and mixed all together. That way «Little Song For Darling» was finished in the beginning of 2009
Next summer Roman shooted first music videos for Demian Grace: «Right Signs» and «Ain’t Wrong», simultaneously working on the new recordings. In «Ain’t Wrong» video he was shooted with talented russian rising movie star Evgenia Osipova
New album titled «Ain’t Wrong» was finished in 2010, and then Roman moved to his native Siberia for gathering full live band there.
After that they started work on the next album, which will be available much soon. It’s called «Saving Love» and consists no sampled or synthesized sounds through it. Everything is much live now

records could be found on demiangrace.bandcamp.com