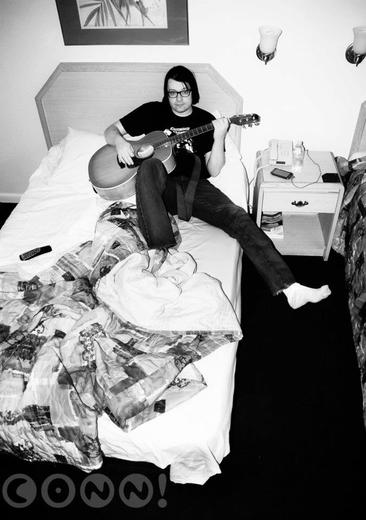 Beginning as a teenager in the post-grunge era, David began writing his own brand of pop songs.  Verse-chorus-verse-bridge-solo, with quiet verses, loud choruses, and personal lyrics, he emulated his heroes Nirvana, The Smashing Pumpkins, and weezer, and borrowed from their heroes like Neil Young, John Lennon, and Queen.

David began his musical journey in 2001 with his brothers and the band Snowball 37.  After many highs and lows, David has continued Snowball 37, as well as a solo career touching on Rock, Punk, Folk, and Country, and has garnered kudos from many in the Alternative and Rock communities...even the Boss himself, Bruce Springsteen!

In 2013, David will be releasing two albums, a Powerpop album with the current lineup of Snowball 37, and a solo, stripped down effort.  Be on the lookout for him as he comes to a town near you, and catch the show...you might just become a fan!