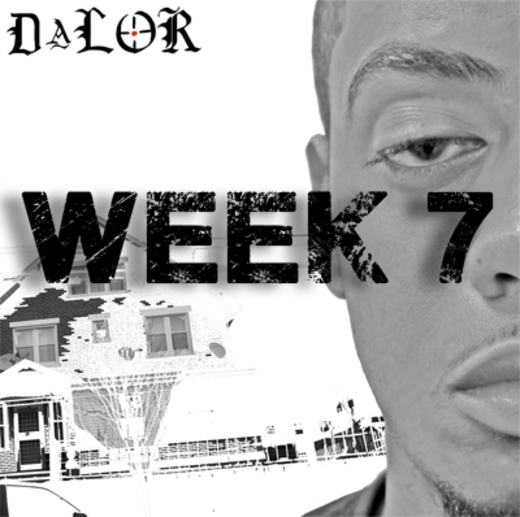 DaLor is a MC/Producer originally from the Flatbush section of Brooklyn. He moved to Jamaica Queens at 8 years old. From a young age he was always extremely artistic. Whether it was drawing or making his own action figures he always was driven to create. When he was 13 DaLor picked up the pen for the 1st time and fell in love with the art of rhyming.

After getting bored with writing to other peoples beats he started making his own. Of course it was a trial and error process. He started using a box turned upside down and a pencil to bang on the box for drums and radio shack tape recorder to tape it. Then he would put an un-chopped sample on it (a set up he laughs and refers to as "Real Tribal").

As technology grew so did the budding rapper/producer. Experimenting with programs until he developed a unique sound and style that would soon separate him from the “bought an MPC now I make beats” crowd permanently. Then It was pretty much a match made in heaven.

At 18 he was introduced to the game as a producer through Addicted for Life (A4L); Hot 97DJ Absoluts production company. Since then he's had several underground artists and legends such as AZ and Sauce Money to new heavy weights Like Joel Ortiz on his smooth yet hard drum patterns, original melodies and uniquely chopped samples with deep baselines

Soon he became deeply involved in a lifestyle some would label reckless and foolish for someone who has a vision of themselves being involved in the music business on a serious level. He began to hustle (among other things) to pay for his studio time and equipment and realized that he could make more money on the streets than in the booth. This sidetracked his growth somewhat yet he still pushed thru and evolved his sound to what Some might call alternative. After being convinced and encouraged for years to leave the streets alone by his peers, loved ones and countless supporters of his music; he decided to pursue music full time with no distractions.

The game has alot of “rappers” but not too many artists that wrap themselves into their music like DaLor. Although his street edge is quite evident and unavoidable, the thug persona isn’t his objective. He summed up his take on being an artist and what he wishes to accomplish in his career as simply "I want to give the world something different to listen to throughout their day that isn't a self absorbed ME FEST and more of just my take on the world in a forward moving progressive way. Without highlighting ignorance or ignoring it.."