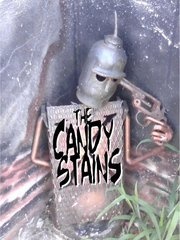 About The Candy Stains

Once upon a time in 1993, Shawn Stabley was singing lead and playing bass for the New York City group Dutch Provos.Two weeks prior to a performance at CBGB’s, the Provos’ drummer threw in the towel, and requested that he never return. Deep down the Provos knew he was right, and someday soon a drummer would return to them. With no other drummers to turn to, Stabley accepted an invitation to join fellow Provos guitarist and his high school chum, drummer Al Schlobach, on the lower east side, for an evening of binge drinking to forget their troubles. Sometime earlier Al had thrown in his own towel with his previous band, requesting that he never return. Shortly after meeting and a few more rounds, Shawn discovered that Al was renowned for playing the steering wheel of his car with a set of drum sticks on the drive to school. That night Shawn gave Al the name, “Sweet Al”, and the Dutch Provos along with their new drummer became The Most Sordid Pies. In 1995 the pies parted ways.

Having each gone their own ways since then, Shawn and Al continued to perform with various acclaimed acts; somehow it never felt exactly right. A chance meeting in early 2008 ignited the flame that had inspired them initially. The Candy Stains reunite Shawn Stabley and “Sweet” Al Schlobach who haven’t performed, talked or drank together since that day back in 1995 when The Pies called it quits. Can these two men share a band without driving each other crazy?

The Candy Stains music is the culmination of influences ranging from the early British Invasion, and the darker imagery of the 70’s underground scene, combined with modern rock and pop sensibilities. If you had to label it you could say “alt rock brit pop”. One listen and the catchiness of the melodies and choruses stay with you.

Check out their social networks: