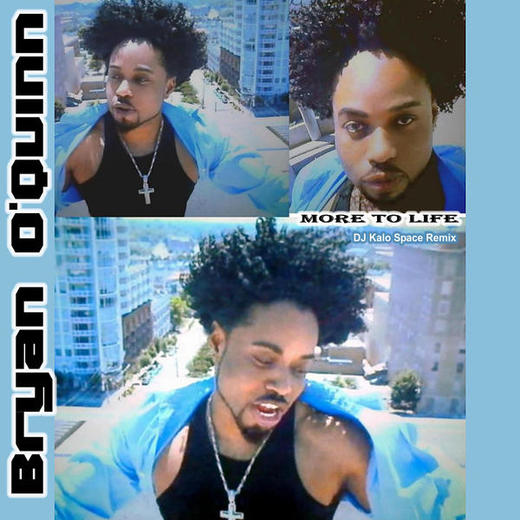 Nigerian American  singer songwriter Achi Bryan  Amamihe  more popularly know as  Bryan O’Quinn comes from a working-class family, His father a hard-working managerial businessman and his mother a creative homemaker turned entrepreneur, exposed their child to the arts through academics at a very early age. He began singing and dancing when he was just two years old and, when he was three and a half, he performed song, dance and very clever storytelling, before a lively audience of third graders. Enchanted by the talented tyke, Students and Teacher asked O’Quinn’s Grandmother, who at one time co-hosted a praise and worship radio show, to bring him back weekly, and that she did. By the time he was in junior high school, he had begun to participate in music competitions, workshops, and The Children’s Theatre that’s when he began to write songs. After high school completion, He sought secondary education through certificate course programs at both North Carolina and Philadelphia Schools the Performing of Arts O’Quinn took private voice lessons at the Community School of the Arts in his hometown. Already a working model, singing with several original music and cover bands, Bryan O’Quinn is specialized in various forms of music, dance and photography. Furthermore Bryan is not only a singer, but also a writer and producer.

After signing with a New York City Independent Record label in the late '80s, Bryan O’Quinn’s debut LP Working All the Time, included the singles “Yes we can " and "The Feeling of Love (you’ve got to move) both of which received a good response in a number of R&B and dance circles. Bottom Line and Experience the Jazz & Groove (recorded live) followed in 1990 and 1992, both of which established a high-quality reaction in black college (HBCU) radio. After release from his contract, the record label folded. Shortly after that his single release "Keep on (Holding On)" (remixed and recycled by Chuck Walker and Hit Sounds Entertainment NYC) still did well on the club scene and gained some radio rotation. A buzz had been created with little or no support from a record label.

In 1996, Bryan O’Quinn founded BSM Entertainment & Records where he began to collaborate with other upcoming artists and produce his own projects independently.

O’Quinn spent that spring performing live engagements with his band at spring festivals, biker rallies, and many of the historic colleges; Davidson College, Johnson C. Smith University, and Morehouse College just to name a few. By the following summer, Mr. O’Quinn was playing many limited engagements for 1,000-2,000 fans a night as the opening act for other artists the most rife was Grammy-winning rap group Arrested Development.

In 2004 Bryan O’Quinn signed an exposure agreement with the Alpha Model Group (a division of On track Modeling Inc.) The Contract representation directs his modeling, promotional work, and television, print, and motion picture endeavors.

The new millennium found Bryan O'Quinn in yet another inspirational and motivating place, championing many causes, especially those concerned with families and children. He was spokesperson for the Men of Valor Responsible fatherhood association partnering with Mecklenburg County, North Carolina. An organization adhering to the great importance of the non-custodial parents or as O’Quinn was quoted as saying the uplifting and preservation of the father parent child connection.

In early 2006 Mr. O’Quinn began to serve as a board member for a very exclusive Performing Arts Advisory Board which was formed by the Dilworth Visual and Performing Arts Elementary School. The purpose of the board is to strengthen the connection between the school and one of Charlotte NC’s most esteemed neighborhoods.

Bryan O’Quinn nicknamed “Bo Quinn” by some continues to balance a happy life of single parent fatherhood and his current career demands with elevated goals for the future in music, fashion, television and beyond. His chronicles project Bryan O’Quinn: Profile of a Don (A Retrospective Collection) was initially released in first edition form as a two disc-CD package. The collection of songs was later condensed to a one disc package with new material and alternate takes of his original recordings is scheduled for a 2012 reissue, essentially as an unassuming offering for itself was for his already established fan base and long time supporters. "For me, every song on my new CD is a positive affirmation of where I’ve been as an artist and it is truly a direct acknowledgment and a personal thank you from me to all of my supporters and my core fan base over the years, to the business people who have taught me, I am extremely grateful," Mr. O’Quinn said.

The CD Profile of a Don initially sold exclusively from his website and various retail outlets holds the inscription that reads” This is where I’ve been, this is where I am going … it takes a long time to become to be a Don”.