Briana attended Agapeland Christian Child Development Center for preschool and afterschool care starting when she was 3 until 11 years old. She participated in musical programs twice a year (spring and Christmas) and had numerous solo performances in these programs.

During her elementary school years, in addition to participating in the child care program, she was a gymnast for two years. She was also a member of the ‘Pistoleros’, a youth basketball dribbling and skills/tricks exhibition group, formed by the coaches from New Mexico State University Aggies.

In middle school she was an All-State choir selection. She also won the Respecteen Award for the State of New Mexico. There was only one pick from each state and included a trip to Washington DC. She also won the Character Counts award and was presented a plaque by Senator Pete Domenici. She began her volleyball career by participating in middle school volleyball and also played basketball. She was a cheerleader as well.

Briana attended Mayfield High School where she graduated 4th out of a class of 550 with a GPA exceeding a 4.0. She played Junior Varsity volleyball as a freshman and varsity Sophomore through Senior years. She was a three time ‘All District’, one time ‘Honorable Mention All State’ volleyball player, and then her Senior year she was ‘1st Team All State’, ‘Class 5AAAAA Player of the Year for the State of New Mexico’ and “Gatorade Player of the Year for the State of New Mexico’. She led her team to the first ever Volleyball State Championship in 40 years as team co-captain. She was an outside hitter but was moved to setter her Senior year which was an impressive transition. She was Homecoming Queen her Senior year and won numerous academic awards throughout high school. She never received below an ‘A’ from 1st through 12th grade.

Music has also been a prevalent part of her life. She joined her brother’s soft rock band ‘On Tap’ at the age of 14 as singer/keyboardist. They performed at various venues throughout New Mexico and the southwest, and even at Margaritaville in Las Vegas. The band dissolved and her and her brothers formed a country music band ‘Let It Ride’. They performed at various venues in New Mexico and warmed up for Pam Tillis, Emerson Drive, Trent Willmon and others.

Rather than pursue volleyball in college, she wanted to attend UT in Austin to pursue her education and also be in the midst of a great music scene. She attended the University of Texas in Austin and graduated with honors from the McCombs School of Business in December 2009. She received a major in Marketing and a minor in Management.

While in college, was the Social Director and eventually a Vice-President in Absolute Texxas, a club which focused on service, social and school spirited activities. While in school she also worked as a singer, bartender and sales clerk at her mother’s store during the summers. She also interned at Macy’s Department Store for 8 weeks.

After college graduation, she pursued a marketing career at a website startup, Endlessbeauty.com, where she was the Sales and Marketing Specialist. She simultaneous entered the Texas music scene, and after joining the Ferrata Music Group in January, she knew she would only be able to fully pursue one path. She chose her true passion of singing and songwriting, and in 2010, she played at over 100 different venues in Texas as an acoustic performer. She moved from Austin, TX to College Station, TX in July 2010 to be more centrally located for her music venues.

During the summer of 2010 she wrote and cut an acoustic EP ‘Midnight Hour’ with six original songs. She currently is waiting (impatiently) to record and release the many new songs she has written! 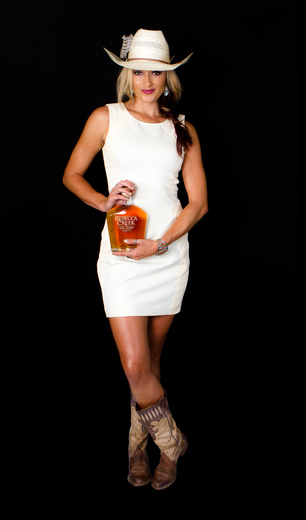