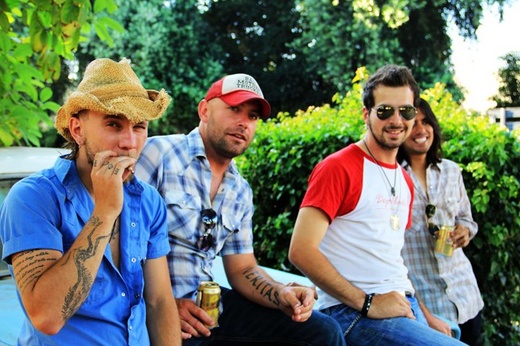 Like the finest Kentucky bourbon, Bolt Action Thrill captures the distilled spirit of straight up southern rock. Established in 2008 in the heart of Louisville, KY, B.A.T. cultivated an enthusiastic and loyal  hometown following. Shortly thereafter the boys set their sights west, spread their wings and flew to southern California where they got right to work, recording their debut full-length album, “...boot scootin’ bourbon”. Released on 9.11.2010, it is A living breathing testament to the lifestyle of true rock n’ roll, this record is sure to get the guys bangin’ their heads, the girls shakin’ their hips and the bars sucked dry! So “drink, drink, drink, get drunk” with Bolt Action Thrill.