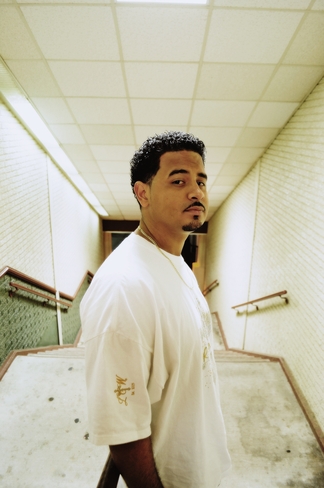 Often compared to artists like Nas & Lauryn Hill, Bless is definitely worth his weight in bars. His sound exemplifies “true skool hip hop” to the fullest, with profound-super lyrical content and a gift for story telling; Bless is not your average rap artist.

Being born into a Puerto Rican family in Oceanside, California, music was a heavy influence. From a young age, Bless was definitely enrolled into the “school of hard knocks”; seeing & experiencing things that would take him from a boy to a man very quickly. This insightful wisdom would later provoke him to pick up a pen & pad.

After moving to New Jersey & finally to North Carolina, Bless continued to stand toe to toe against the odds. Life in the South proved to be a struggle for him, and he often spoke about it in rhyme. During & after school he would find himself in the middle of cyphers, free styling off the top about the things he’d been through or battling other mc’s for props. Again & again, he proved himself to be “the Puerto Rican kid with the ill flow”, and ended up gaining a lot of street credibility when asked to step up & “bless” the cypher.  This lead to Bless linking up with his cousin Som3One from Cali, who helped him get bars down on paper. Shortly after, the two won studio time after ripping the stage at a local talent show in Raleigh, where they went on to record a couple of street bangers including Bless’ indie hit “More than I can Say”.

After graduating high school, Bless strived to follow the straight & narrow, as he knew from past experiences how easy it was to head down the back road & do the wrong thing. He enrolled into college to pursue a degree in Communications & Arts, being that his passion for hip hop convicted him to seek out all opportunities available. But his dreams were soon slipped to the back burner as his responsibilities grew so did his need for better work opportunities. Shortly after establishing himself, Bless married his best friend & biggest supporter yet. But again, with bills stacking up, and now the need to support his wife & himself, the need for more income arose.

At such a young age Bless dove into manhood, being a husband & provider took precedence over his dreams. He spent many restless nights listening to the underground radio station & writing with beats on repeat, but when the time arose he’d have to tuck that away to prepare for the work day. As the years rolled by, Bless’ passion for hip hop grew to be too much to ignore, especially heeding to the fact that he always knew that he had a calling over his life & he must walk according that, because whatever gift you don’t use you’ll lose. While sitting in his cubicle at his now corporate job, he became overwhelmingly convicted that the “conventional path” was not for him. There was simply more to do & more to say with the talents & abilities God blessed him with. So he purposed in his heart to stand toe to toe against the odds again, and to finally come out with his first official full-length album. With many supporters & fans on deck, his wife pushing him to accomplish the goal set, and the birth of their firstborn, Bless hit the studio in September 2011 & released 12.16 | The Overflow that December.

You could say this album is truly an autobiography taking the listener on a journey through the life & mind of Bless. Following the album’s release online as well as on the streets, it has since then reached listeners all over the U.S. & hip hop heads overseas as well. 12.16 | The Overflow contains 10 timeless tracks fully equipped with true skool hip hop beats (produced by LuvJonez) & Bless’ clever jewel-laced rhymes. Blessoulhiphop music resonates with anyone, essentially  because  it’s real & it’s relatable no matter your background. The album’s response has listeners raving about how real he is, they can’t stop listening to it, and once they’ve heard it they can’t go back to the empty content that streams through the media today. Bless supporters truly appreciate his message, it conveys truth, and they can’t wait to see what’s next for him.

From top to bottom, Bless is here to stay regardless the odds…

“In the end, even my enemies call me Bless.” 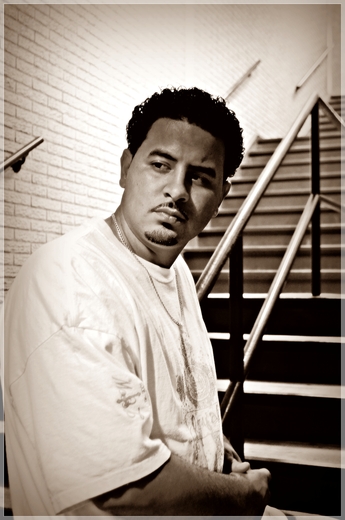