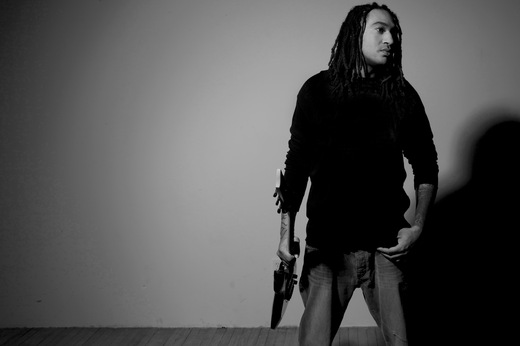 About Banned From Atlanta

Making his start as a back-pack artist battle rappin on the downtown streets of ATL, One would swiftly climb his way up the underground Hip-Hop ladder. This climb was no cake walk but with his determination and persistence One landed positions working crew member jobs for artists such as LL Cool J and the 90’s popular group Crucial Conflict. This is where One was first able to show his skills and test himself amongst the highest of his peers. After working numerous industry jobs One became inspired to take things one step further by creating a lasting image and sound that would make him one of Atlanta’s most bumped underground artists’

Many mixed tapes surfaced as a result of One’s hard hittin’ lyrics over countless West Coast, Down South and East Coast beats. To the amazement of many of his peers, One contained the SuperStar ability to battle rap and or flow in any given situation over any piece of music. By perfecting his craft, One was placed in the likes of artists such as Guerilla Black and Dolla Figga. Working with the artists influenced One’s migration to Los Angeles, California in the summer of 2006. This is where the album “Welcome to Star World” has been bubblin and brewin; with hot tracks like “Thousand Dollar Jeanz”. Since recording the new LP, One has been blessed to make appearances in various Hollywood blockbusters such as the 2008 release “Semi-Pro” featuring Will Ferrell, and the 2007 winter comedy release “This Christmas” featuring Chris Brown and Regina King. The multi-talented rapper is scheduled to release “My View” in the fall of 2012. Hollywood has found its newest rap sensation delivering bi-coastal heat, and his name is “The One aka SuperStar”.