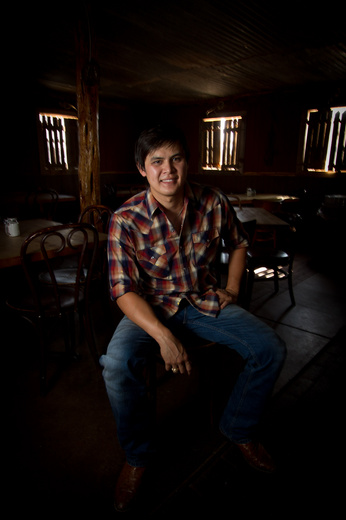 After flirting with the idea of leaving the 9-5 world to pursue his lifelong passion, Nick Verzosa finally turned his full attention to songwriting and performing in January 2008. He initially split his time between performing in solo acoustic performances and fronting his first full band effort, “Johns Guns”. Since the retirement of this first band he has been making his mark on the Texas music scene with his own spin on a sound that has been described as both classic and innovative.

In the relatively short time Verzosa has been expanding his creative presence, he garnered such accolades as finishing First Place in the 2008 Indie International’s Songwriting Competition in the country category for his tune “Come to Drink of It”, finishing in the Top 10 at NSAI's 2010 Spring Showdown for "Back When Love Was Easy", as well as several high finishes in various other songwriting contests around the state of Texas. He had the honor of sharing the stage with multiple well-known touring acts including some of his singer/songwriter heroes.

At the helm of a new band dubbed "The Noble Union", Nick teamed up with Texas singer/songwriter/producer Walt Wilkins to release a new 5 song EP this spring. Combine his charismatic presence on stage with lyrics that are insightful and eloquent and throw in a powerful voice with a unique aptitude for the guitar and it seems the sky is the limit for this young singer/songwriter. He continues to write, record, perform, live, laugh, and love...talk to his dogs, crash his friend’s stages, cheat on his diet, and watch the Cowboys play on Sundays...