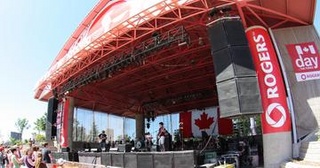 Indeed, upon first glance, Jack Straight may seem like nothing out of the ordinary.

The words sung are those of lust and love(s) lost; The music, inspired heavily by the golden age of rock ‘n’ roll. So, what makes this young power trio from Winnipeg, Manitoba so special?

One listen through fan-favourite, "My Mistress", and it’s as clear as day:

While guitarist Curtis Schneider and bassist Jordan Cayer display a shocking level of musical sense and maturity from the get-go, the voice of drummer Anthony Cenerini emits a cunning youthfulness that is ever-so-rare, soaring through the track’s verses before slamming head-first into the final line that gives "My Mistress" its no-frills title.

This duality is Jack Straight’s secret weapon; a weapon that has seen the band filling venues in Manitoba since 2005.

Fresh out of high school in 2009, JS suddenly found themselves recognized as one of Manitoba’s top young rock artists, showcasing in front of thousands at the legendary junction of the Assiniboine and Red Rivers in the Forks’ Canada Day Celebration.

In the months prior to that, the trio released their first self-produced EP, Coming Alive.

The EP received favourable reviews, stating that Jack Straight were, “…about the only high school kids we’ve heard who can put together an EP of tunes that compare favourably with the likes of Black Crowes and Wide Mouth Mason…” (The Winnipeg Sun, April 2009).

Coming Alive featured seven longstanding tracks, including “Free”, “Under the Weather” and “Travellin’ Woman” — the latter of which is featured in two distinct renditions on the disc — a homage to a legendary songwriter and once Winnipeg resident.