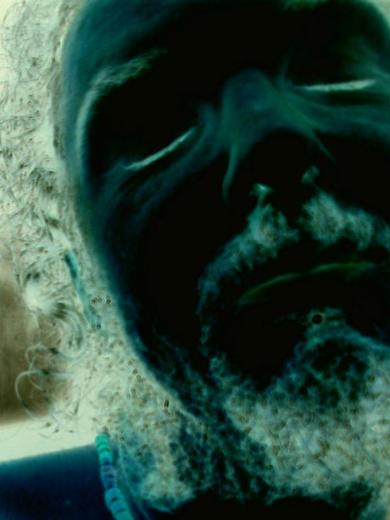 Marc Fischer founded the Siamgda project in the spring of 2001 at the foothills of the Himalayas near Kathmandu, Nepal. The story of how Siamgda came into being started with quite an ordinary trip to Nepal in 2000. At that time, Marc had already been engaged in making music on another project (Störfrequenz), but had increasingly become dissatisfied with creating rhythms by electronic means only. In Nepal, he came to hear about a music university in an ancient Newar settlement of the Kathmandu Valley. It was there that he first heard the amazing sound of the Indian „tabla“ drums. He knew immediately and beyond doubt that he wanted to learn to play these drums and eventually cross new musical boundaries. He went back home to quit his job and sell off his belongings, soon returning to Nepal

After several years of dedicated training in Indian classical music with different teachers around India and Nepal. Siamgda started to create music in his own experimental and unique style, a blend of Eastern and tribal drumming, ethnic sounds, Indian classical elements and electronic noises

So far he has released 3 solo albums, 3 further albums in collaboration/side projects, several compilation tracks, and has played several live performances. His 4th album is due to be released in September 2014.