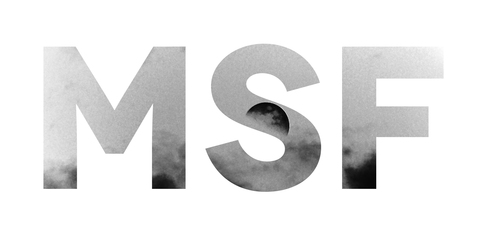 Delivering energetic indie rock with a solemn after bite, MSF is heading into the music scene equipped with some much needed emotion and originality.  With their unique style and sound (think Pixies meets Brand New meets Paul Simon), it is impossible to leave a show without getting nearly every one of their songs stuck in your head

Beginning in 2009 after a failed attempt at a solo career, David Michaels created MSF and immediately joined up with then collaborator Matt Baddour.  Drawing influence from the likes of Elliott Smith, Chris Conley, Bert Jansch and John Lennon, David and Matt played their acoustic guitars around the Merrimack Valley for two years.  After finding much stagnancy but little success, David and Matt took their music to Boston. They then met Will Gunner, a bassist whose silent demeanor gives way to cascading bass lines and John Hadley, a relentless drummer with roots in the pop-punk and hardcore scenes. Together they bring a unique and refreshing sound, with influences ranging from Radiohead to B-horror movies.

Their first single “Oven head”, is powerful and catchy with a tongue-in-cheek attitude on death.  The B-side, “Walking Jealousy”, is an energetic Strokes influenced song that will keep your head nodding all day long.

MSF is bringing something to the table that hasn’t been around for a while: brutal honesty. Their music is raw and emotional, but manages to stay catchy and upbeat. MSF is what you've been waiting to hear for a long time.