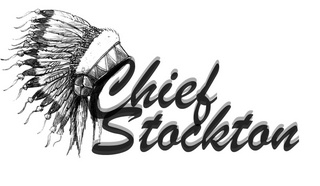 The two members of Black N Mild, Chief Stockton & Gee Reed, are from Indianapolis, IN. (NAPTOWN) and has a respect and love for music since they could walk . So only naturally in the year 2002 they would decide to create their own group, originally with 2 other people. Then after two years the group split up, leaving Chief and Gee Reed to start on their own. It was a struggle at first, but soon a fan base was formed. Then in 2006 when Myspace was blowing up, the two ventured out and signed up. They now have over 50,000 friends, and over 1,300,000 plays. Well above average for being solely independent

Black N Mild, is the true definition of an underground artist. One of their biggest breaks to date occurred on May 12, 2007 while down on spring break, Black N Mild was presented an opportunity they would never forget. That opportunity was to open up for Lil Jon at the Boardwalk Beach Resort. Once onstage they got the crowd so hype that it caught the attention of fellow Panama residents, spring breakers and radio stations that they started generating a buzz. With your help, we could create the next big thing. Help support the Black N Mild movement, take one listen and you will see what everyone is talking about.