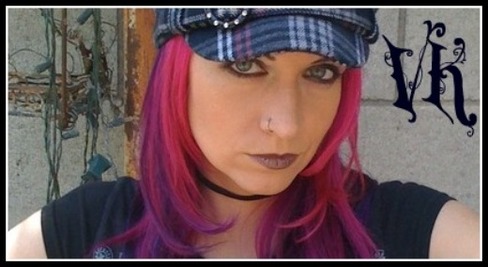 VK Lynne is a BMI singer/songwriter from Los Angeles, CA. She has completed 3 full-length CD's, including her most recent, Whiskey or Water, which was recorded in Denmark with producer James Thomas (Cher/Beth Hart/Høgni).
It has been well-received by critics and internet radio, and garnered VK a prodigious cyber-following.
However, VK does not restrict herself to her solo efforts; she currently sings and co-writes for several developing acts, in genres varying from metal to blues to country.
She has performed with her band throughout Southern California at venues ranging from the House of Blues on Sunset to the Viper Room to the Brixton South Bay. She has shared bills with such notable artists as: Frankie Goes to Hollywood, Beth Hart, Cross Canadian Ragweed, and Dilana.
« View This Artist's Complete Profile
Connect with OurStage: Facebook Twitter YouTube FourSquare Newsletter RSS feed
ADVERTISEMENT
?Need help?
Copyright © Amazing Media Group  2006-2023
p
A
n
E
F
Song Title by Artist Name
987654d
LM
iAnEAqqqq