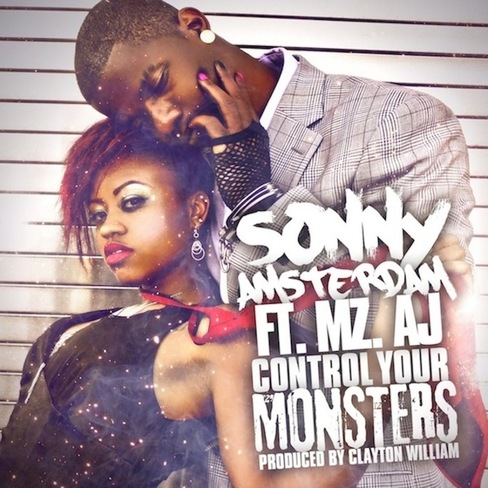 When the hottest girl in your neighborhood finally let you come inside of her mouth, the euphoric serenity that is felt is how Sonny Amsterdam's musical portraits leave you. To quote Stephen Thompson of NPr Music Reviews, Sonny Amsterdam' Smells Like Teen Spirit,' Still Strange And Beautiful. Paralleling the paths of his predecessors, Kanye West, LMFAO, and DeadMau 5, but with the liberating attitude of Hollywood Undead, Sonny Amsterdam, the self proclaimed emperor of the weirdos, in his own words, "Is an icon that no one has ever heard of". That is all about to change. Like so many kids born backwards into an endless digital landscape of ahistorical rap plenitude, San Jose rap/rocker Dorien Gray (better known to the world as Sonny Amsterdam), writes by channeling — and lovingly warping — a carefully curated set of political and social references that can only be classified as revolutionary. It's the sound of mechanized modern rituals, conjuring a strange kind of nowhere feeling. Speeding down a dark highway late at night, you could be anywhere in the world. Mirroring the thoughts of Dave Walter, "when things get heavy, when small points of stress congeal into a great weight of insurmountable sorrow, sometimes there's nothing to do but hide. But instead of going off the radar, when it seems there's no hope, Sonny Amsterdam emerges as the last gladiator hell-bent on avenging the death of a slave generation.

This isn't just due to his devouring, slightly anti-effeminate voice; full of explosive wonder, Sonny is prone to passionate eruptions. Nor is it just the endearing soberness of his melodies. It’s not simply the daydream haze of the reverb, the big-small magic of the song structure, the charmingly reverential apron-tugging of the influences, the anxiety which flows quietly beneath the surface, or the occasional flaw from an unconscious stubbornness. Of course, it is all these things. But it's something else, something grander which really brings about his fans big brother instinct. Coupling of contemporary avant-rock techniques with futuristic rap sonics feels like something that should have been done a long time ago. Perhaps it's because rap rock has been considered such toxic ground that no one had quite discovered this hybrid strain until now.