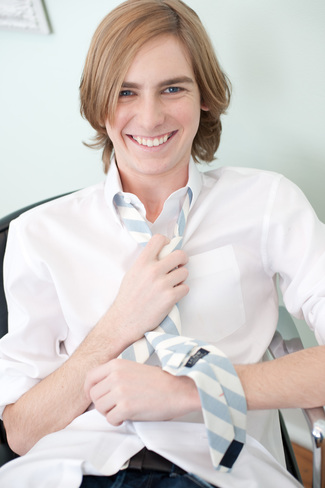 Jackson Wells is a singer/songwriter, New York City     born; L. A. raised and landed in Nashville, TN a few years ago. Already a national YouTube sensation with 3 music videos garnering over 1.8 million  views internationally, Wells is the epitome of an emerging young pop star. Musical influences such  as John Mayer, Casting Crowns, Keith Urban and Maroon 5 have already led this creative talent to sold out sets all the way from L.A.’s “House of Blues,” “Universal Studios City Walk”, to Nashville’s’ Hotel Indigo and the famed Bluebird Café.

After 2 projects recorded in Los Angeles, Wells found himself collaborating with Grammy nominated producers/songwriters Bill Cuomo (Steve Perry, Kim Carnes) and Beeb Birtles (Little River Band) in Nashville. Out of that collaboration has come Jackson’s latest project “Picture of Life” due out in spring of 2014.

Jackson traveled twice to China during the summer of 2013, where his tour included performances at the Chengdu International Music Festival, drawing thousands of loyal fans. He played several club venues as well, including Amitha and the Jinshang Club, meeting with directors from tour sponsor AMC Entertainment regarding upcoming tours. In other Chinese-related news he performed his single Lovesick (in Chinese and English) at the Greater Nashville Chinese Association’s Chinese New Year Celebration. Wells is in his 5th year of Chinese at Belmont University in Nashville, with a major in songwriting and a minor in Chinese.

One of Jackson’s performing highlights this year was appearing at the fundraiser for the American Liver Foundation at Joe Natural’s farm in Leipers Fork, to raise funds for research in honor of one of the children there. In another highly rewarding charity event, Jackson opened for headliner Jeffery Steele to raise money for Duchenne muscular dystrophy, a type of MS that affects young boys.

Two new music videos were filmed locally this fall, with Los Angeles based director Kurt Nishimura and team. The first, Fairytale Ending, will debut in conjunction with Wells’ CD in spring 2014.

Jackson has been named winner of SingerUniverse.com's Vocalist of the Month twice, and was recently invited to appear in a BB King's showcase in Nashville. As a finalist in the Belfast/Nashville Songwriters Festival, he was honored to perform in Ireland. He was awarded runner-up in the We Are Listening Singer/Songwriter Awards, and has been a finalist in both the Show Me the Music and International Songwriting Competitions.

As Jackson Wells blasts into 2014, his body of work that includes his music, songs, videos and live shows will surely become a force to be reckoned with for pop fans all over the globe!