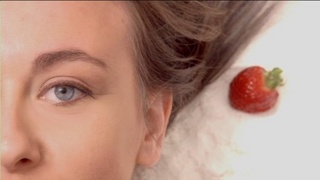 Italian-born singer/songwriter/guitarist Elena Degl’innocenti brings a unique blend of music styles to the stage. Blessed with an incredible voice, her superb stylized vocals are the perfect compliment to the sweet and tender ballads, playful, lyrical story lines and folky-jazzy-pop influences that create the originality of this talented artist.

Elena’s debut album “Question Marks” has been recently nominated at the Los Angeles Music Awards for “Album of the Year 2010”. She previously toured with the a-cappella singing group “Petra Haden & the Sellouts”, led by Petra Haden, the acclaimed violinist who has toured with A-List bands as Foo Fighters, Beck, Green Day, and Queens of the Stone Age, among others. Élena has been performing at some of the most popular venues and theaters in in Los Angeles and the East Coast.

After studying contemporary Jazz back home in Italy, Élena was influenced by this singing style and has developed a passion which encompasses the love she has for various genres to perfect her own musical recipe. She moved to Los Angeles to attend the Musician’s Institute and then graduated from UCLA where she studied music composition and songwriting.