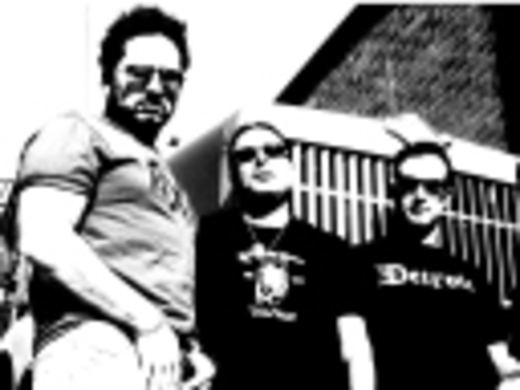 Sonic X is a Hard Rock Band based out of Toronto Canada. As one Music Industry expert stated, "Sonic X writes hard hitting yet catchy tunes that are delivered with flawless musicianship". The Band released their self-titled debut CD in November 2004. The CD was well received and garnered a fair share of great reviews. The band released the follow up to their critically acclaimed debut with an offering titled THIRTEEN. With THIRTEEN, Sonic X captured a truly unique sound that has been described as a cross between Classic Rock with modern influences intertwined. The musicianship within the Band is second to none. Led by the shredding vocals of Adam Troy, his unique vocal delivery gives Sonic X its signature sound. Adam is a seasoned pro when it comes to showmanship, having toured exhaustively through the U.S. previous to joining Sonic X. Adam has the charisma that demands the audience attention. Lawrence Falcomer is a genuine Guitar master and the evidence is clear. Lawrence is a veteran in the studio having played on many artists recordings such as Triumph, Frozen Ghost & Final Frontier. Lawrence is not only technically brilliant but also has an incredible sense of melody, which is a lethal combination when performing his solos. Joseph Cumbo on Bass Guitar is the band's calming influence and also keeps the rhythm in check. Joseph has toured across Canada several times with various bands. He has been described as the glue that keeps the band together. Joey Greco on Drums is the newest member of Sonic X. Joey is a hard hitter that has a tremendous amount of studio experience both as a player and as a Producer/Engineer. Joey has been a great addition to the Sonic X line up.  The New Sonic X EP "Fall From Grace", has now been released and has garnered quite a bit of attention, especially the new single "Pray", which has seen a fair amount of airplay on the SiriusXM station "Octane".  The four songs on the new EP are: "I Won't Break", "Pray", "Save Yourself" and "Tears of the Sun". Follow Sonic X on twitter @sonicxband.