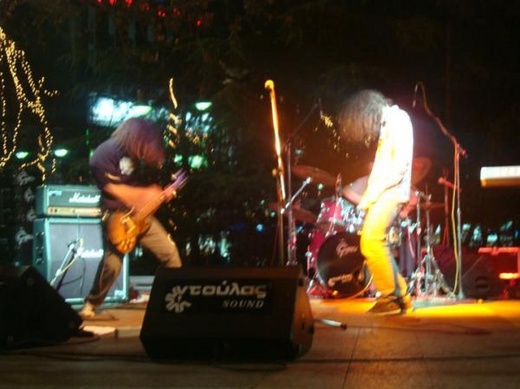 The Band was formed in the Spring of 2010.Band members are : Manos – Vocals, Cris – Guitar , Asterios – Bass And Bill Drums.The band plays live shows regulary around Greece and has supported many known Artist such as Innerwish and Planet Of Zeus.In March 2011 the first official release of the band came out,the EP “A Planet On Four Legs” ,which received positive response from music fans and critics(Metal Hammer, No 4 Best Release of 2011 in Voting Poll of Downtuned Magazine, and many more), has been played and being played by radios and tv shows around Europe, USA, Mexico And Australia.Feel Free To Send Us E-Mail About Anything You Want.Keep The Bongs Up