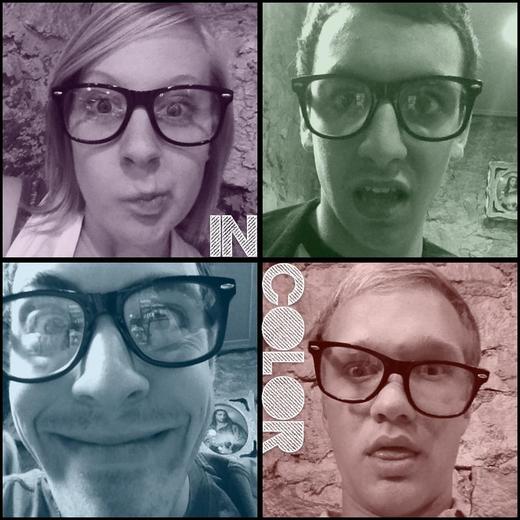 In Color, a pop/rock band from Metro Detroit, is seeking to make the world a better place through music that captivates and encourages listeners.

It began in 2010 with brothers RJ & Gabe Helguera. Chasing after their dreams, they devoted an entire year to creating the greatest music ever written. They were unsuccessful. It wasn’t until they added RJ’s wife, Beth, to the mix that they discovered a truly unique sound. The trio came up with the name In Color. After releasing their first single, “With Me If You Want To”, Ian McQueen was invited to join in on the fun.

On March 22, 2013 their debut album Love The World/Hate The World was released.

The heart behind the album is two-fold. Hate The World is about embracing the beautiful challenge of loving God more than anything else, while Love The World is a call to love those around us, even when it’s not easy.

Sonically, Love The World/Hate The World features back-and-forth male and female lead vocals, thoughtful lyrics, infectious piano hooks, and textures ranging from pure acoustics to dirty synth-scapes. It is a great sampling of sounds with a unifying style that can only be described as In Color.