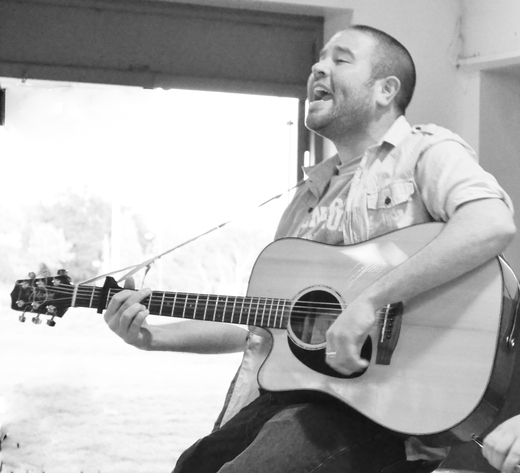 Keith O’Brien is a singer/songwriter hailing from Glasnevin in Dublin. A former student of the Ballyfermot Rock School, Keith’s popularity continues to grow with some great responses to his music from the public, his peers and some top names in Irish music including Glen Hansard and Damien Dempsey.

Keith writes all his own songs. His lyrics are usually inspired from events surrounding him in his everyday life. People have related to his songs due to the personal feel of his lyrics. Some fan favourites include: Wasted Time, The Strand and Light It Up.

Popular among the Dublin open mic nights, Zodiac Sessions, Bleecker St. Sessions and Fireplace Sessions to name a few, Keith has played alongside acts like Ray Scully, The Lonely Schizophrenic, The Kiwi Project and Jigsaw Jam. He has supported other great acts in venues such as The Sugarclub, Eamon Dorans, Sweeney’s, The Workmans Club, The Village, Monroes (Galway) and Whelans. Keith is also a favourite on Balcony TV and won Balcony TV’s Best Male award in 2008. They invited him to perform on their last show from the Dame St. location.

He has recently had some talented friends join him. Aidan Smith (Guitar), Liam O’Reilly (Bass/Guitar) and David Doyle (Cello) have helped Keith on his debut single, Open Your Eyes. The single is produced by Aidan Smith and due for release in June2012. Keith is also planning a winter release for his debut album, “It’s great working with Aido, Liam and Dave. They are very creative and it’s nice to share their ideas.  After recording Open your Eyes, I came up with plenty of ideas for the album which I cannot wait to get working on!”