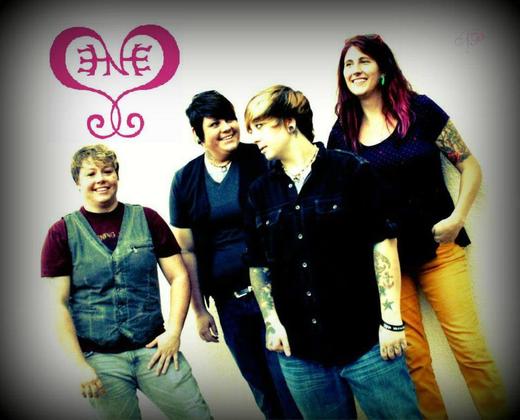 After a musical hiatus of nearly a decade, Augusta native singer-songwriter Brandy Douglas decided it was time to get back into the local music scene.  Hosting open-mic at a local bar every Thursday night seemed like the perfect opportunity for such a talented individual to express this gift she’s so passionate about as well as establishing herself as a musician once again.  At precisely the same time a new comer to the area, not to mention new to the East coast, California musician Drea Suarez walks into the same open-mic  night to serendipitously befriend Brandy.  After only a few months of playing individually they mutually decided it was worthwhile to do some musical collaborating with one another. With such a unique pairing between the west coast flavorings of Drea’s mellifluously smooth voice and Brandy’s powerfully soulful vocals as well as her folk-rock guitar styling the two decided to head to Parham Studios in Evans, GA at the end 2010.  During this recording process the name for the duo was formed and would come to be known as She N She.  After a four month period of time and with the help of a slew of local musical talent blossomed their first album “Crimson Silence”.

Looking to expand She N She from studio musicians on a cd to an actual functioning live band Brandy and Drea were in need of a bassist.  As if the musical Thursday nights hadn’t worked magic already by bringing the two extremely talented Brandy and Drea together, yet again open-mic lures in another multi-talented and highly versatile musician Kate Anderson.  After the two heard South Carolina native Kate play and sing a set of songs in April of 2011 Drea and Brandy quickly jumped at the opportunity to employ her as their newest member.  Kate would not only prove to be a great bass player, but would subsequently provide the third part to their already impeccable vocal harmonies.  Currently, with a solid trio of Brandy, Drea, and Kate making up the folk-rock group She N She continues to please their fans, wow audiences, and grow musically by expanding to bigger and broader venues.

She N She performs as a five piece including guitars, bass, percussion and vocals.