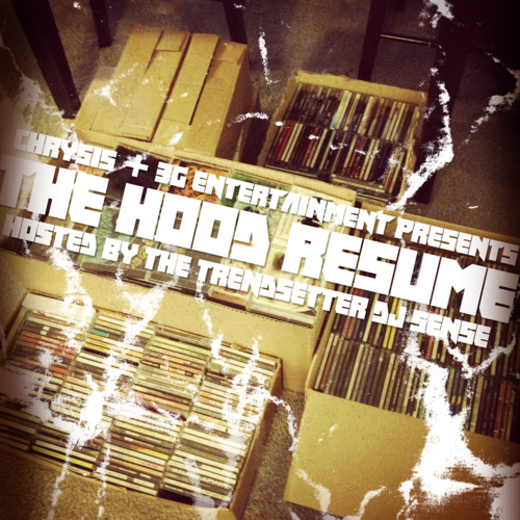 Sheldon Anderson (Born March 12th 1985 in Columbia, South Carolina.) better known by his stage name Chrysis, is the newest rising star in the world of hip-hop. With his own Distinct blend of northern lyricism mixed with southern flavor Chrys is primed to take the rap game by storm. In 2006 he released his first mixtape, Underground Crown vol.1, but after being incarcerated shortly after its debut and released in late 2008 Chrys has been hard at work on several projects including appearances on “The 808 Experiment by SMKA” as well as preparing to release his EP and next mixtape.
Chrysis was born in Richland Memorial Hospital in Columbia, S.C. He spent the first 5 years of his life in S.C but after his father was sentenced to 15 years for trafficking drugs his mother eventually made the decision to start fresh by moving to Atlanta, Ga. with him and his younger brother. He attended several schools in Georgia constantly moving from one place to the next as his mother tried to work and attend school. Once in high school he met Rico a close friend and artist that would eventually inspire him to start writing at the age of 15 but as his passion for music grew his interest in school diminished and he would later drop out of school in 2002 to pursue music full-time.
After networking for a few years, working day-jobs and hustling in 2005 Chrys met his first manager, James Moore a former member of “The Platters”. With 25 years of knowledge about the industry at his disposal he learned as much as he could about the business from his manager and mentor, now using everything he’s been taught to not only achieve his goals but to also help other artists achieve theirs as well. Working with a wide range of up and coming producers and artists in Atlanta on his next CD Chrysis is confident he will usher in a new era of hip-hop Are You Ready?
« View This Artist's Complete Profile
Connect with OurStage: Facebook Twitter YouTube FourSquare Newsletter RSS feed
ADVERTISEMENT
?Need help?
Copyright © Amazing Media Group  2006-2022
p
A
n
E
F
Song Title by Artist Name
987654d
LM
iAnEAqqqq