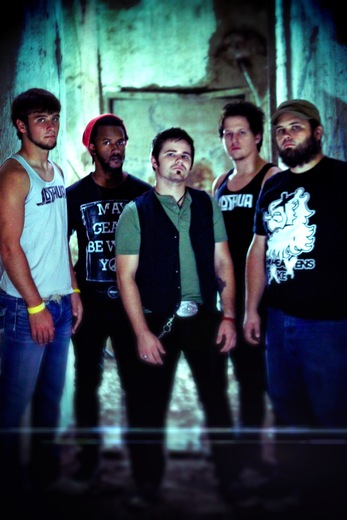 Fight The Fade (stylized as FTF) is an American rock band from Shawnee, Oklahoma, formed in 2009. The band's lineup consists of singer Zene Smith; guitarists Tyler Simpson and Bryan Conway; bassist Trevor Taylor and drummer Chris Robertson. They are known for their Christian rock music which incorporates other sounds such as alternative rock, hard rock, heavy metal and post-grunge. To date, Fight The Fade has released one studio album: American Missionary (2010), and a self-titled EP in early (2009). Fight The Fade also released a studio single on September 13, 2011 entitled "House Of Cards" which featured first time studio performances from Zene Smith and newly added rhythm guitarist Bryan Conway. The band is well known for their energetic live shows, performing 250+ concerts since their self-titled EP was released. They have given away more than 10,000 copies of the Fight The Fade EP and American Missionary combined. Fight The Fade has toured from the Midwest to the west coast and everywhere in between. They have played and toured with some of the biggest names in Christian music, Kutless, Thousand Foot Krutch, Mercy Me, Jars Of Clay, Disciple, Fireflight, The Letter Black, Brian "Head" Welch, Seventh Day Slumber, Sent by Ravens, and Children 18:3 to name a few.