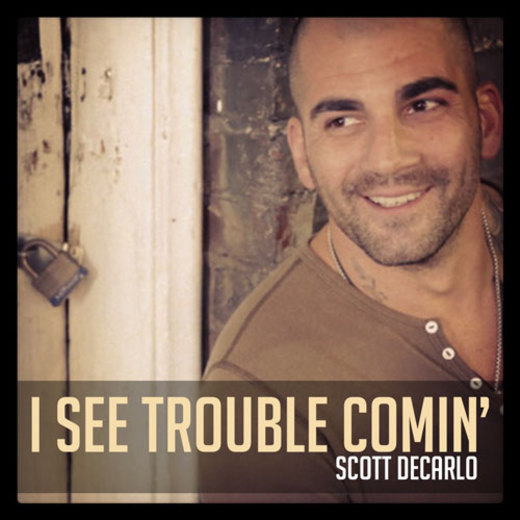 With the street smarts and strength of a NJ Police sergeant, and the
musicianship and voice of a country singer, Scott DeCarlo is using his unique sound to take the Country music scene into his custody

Boasting a big voice and enormous sense of determination, DeCarlo is a true showman of modern Country. Finding inspiration in an eclectic array of performers, including Garth Brooks, Freddie Mercury, Elvis and Tim McGraw, he has cultivated his own sound: a blend of accelerated rock and open-heartedness

His kick in the door blend of Country-Rock is energetic, accessible and, above all, authentic. “I am constantly inspired by the achieving underdog, the work ethic of those who have nothing, and give everything of themselves,” says DeCarlo. “Those individuals bold enough to follow their sound, their dreams and remain steadfast in their goals of high achievement through all obstacles.

A former New Jersey Police Sergeant, DeCarlo, after 16 years of service, traded his badge for a guitar, moving to Nashville to pursue music full-time. “Scott’s intensity, admiration and passion make him a truly dynamic performer,” says, producer and career musician, Biff Watson. “After working together on some demos, we had developed a productive creative relationship, so when it came time to make a record, the partnership between he, Eric Legg [producer] and I was truly optimal.

As a child, DeCarlo was drawn to showbiz, albeit from unlikely sources: “I was probably somewhere around the age of 4 or 5 watching Elton John perform on television and I remember saying. ‘I want to do that, I want to perform and sing.’ I don’t think I wanted to wear the glasses and funky clothes though.

A friendly spirited individual and engaging orator, DeCarlo’s jovial personality and candid narratives are the threads to his songs; each one being both relatable and touching

In 2000, DeCarlo began performing to an empty room at the world renowned Kenny’s Castaways in New Yorks’ West Village. “Even the soundman didn’t want to be there,” says DeCarlo of the experience. “But, after a long while working through extreme lows and very few highs, people began coming to listen one at a time and the experience has influenced me to continue on my path and being on the path is the reward.

In 2012, DeCarlo released his 10-song debut album, A Whole New Kind Of Crazy, performing throughout New England in support of the LP and receiving ecstatic responses from crowds

DeCarlo’s single currently at country radio, “I See Trouble Comin’”, was written by David Lee Murphy, Chris Young and Ira Dean. This is his second single, following up his debut, “Havin’ A Good Time”, which was released in the Spring of 2013. The music video premiered on The Boot October 1st and was directed and produced by Glenn Sweitzer

DeCarlo is currently residing in Nashville, writing material for his next LP. He plans to record and release a full-length album in 2014