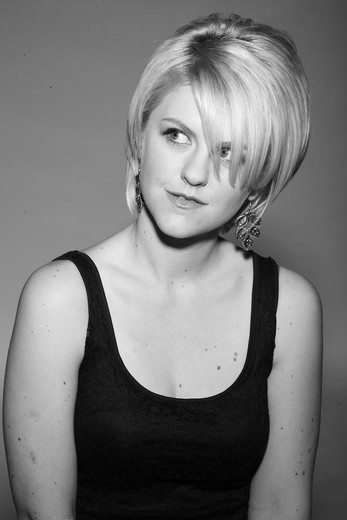 Classically trained in voice and piano, Darrelle London earned her chops playing as a teenager in cafes around her small hometown of Acton, Ontario, Canada. She has come a long way since those early days of her career.

Darrelle's story is one of following your heart over your head. With the smarts to get accepted to law school, she chose to instead take a chance on her music. So far, so good!

Darrelle has toured Canada, played in LA and New York, and opened for British star VV Brown at the Troubadour club in Hollywood. Darrelle has also performed at several festivals, including Lilith Fair, International Pop Overthrow, and North by Northeast.

In 2009, Darrelle’s song, Understand, was selected for inclusion on the 90210 TV soundtrack, which was sold across North America. The song appeared alongside music by internationally renowned artists such as Adele, All-American Rejects, N.E.R.D. and Jet.

Darrelle’s music has been embraced by fans, music critics and media. She has made appearances on ET Canada, MuchMusic, and CBC. She also has an upcoming American television appearance on a PBS special about Lilith Fair.

Darrelle’s future looks bright. She is in the process of recording two new songs she wrote with her “career idol,” Chantal Kreviazuk. Darrelle also looks forward to meeting her many U.S. fans during her upcoming tour dates.

Audiences across North American have been captivated by her playful tunes, disarmingly sweet voice and tell-it-like-it-is lyrics. If you like smart pop music that is “light with a bite,” you’ll love this quirky, Canadian indie darling.