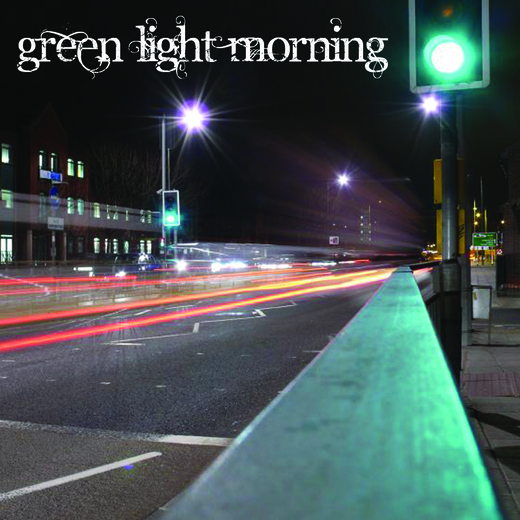 The story of Green Light Morning started back when Aaron Bright (keyboards/backing vox) and Aaron Patrick (lead vox/guitar) met touring in previous bands the big creak and Oval Opus respectfully. They met when both bands had a song placed in the same Universal movie called Winter Break (http://www.imdb.com/title/tt0261992/) starring Milo Ventimiglia, Eddie Kaye Thomas and Justin Urich. This led to their bands trading shows across the Midwest and up and down the east coast. This has offered Green Light Morning a quick uptake in initial fans despite the bands infancy.

After years of touring with their previous bands, their lives and families brought them to Cincinnati, Ohio. They started reflecting back on the road, touring, their fans and lives while collaborating as songwriters. After spending a year writing songs in their studio and playing open mics, they felt a genuine connection and decided it was time to take a few of their songs and release them to the world.

It was important to the Aaron’s that if they were going to reinvigorate their music career that they do it right which led them to recording their first EP with producer Rich Stine at Fidelitorioum Recording studios in Kernersville, NC where legendary bands like REM, Ben Folds Five and Wilco recorded their initial albums. It was mixed by Micah Wilshire (Mark Ballas, Pat McGee, Honor by August) and mastered by Brad Blackwood (Maroon 5, Alison Kraus, Sister Hazel, the Black Eyed Peas).

After hearing the results of their work the duo quickly knew they needed to form a band and the next logical move was to add in Ted Burger (guitarist), John Behnam aka jB4 (drummer) and Michael Theobald (bass) to the mix. In November 2011, Green Light Morning was born. A fresh new writing project based on story telling lyrics combined with soul and melodic hooks. Whether Green Light Morning plays as a two/three piece or a full band their shows offer a honest and rememberable experience in which you will find yourself singing along.

-Released Self Titled EP -Released “All I Want” music video with over 18k views (http://www.youtube.com/watch?v=E_q30DkEM8M)

-Played intermissions of a sold out Nashville Predators Hockey game

-Green Light Mornings Freshman EP listed by CityBeat as one of Cincinnati’s top 100 albums of 2011 (http://www.citybeat.com/cincinnati/article-24648-the_year_in_your_ear.html)

-Played Rock by the Sea in Panama City, FL with Needtobreathe, Shawn Mullins, Sister Hazel to name a few (http://www.rockbythesea.org)

Currently, the band is playing in support of their first self-titled EP and is in the works of their Sophmore release due out late 2012 or early 2013. Ideally, the band wants to be able to support their families by doing what they truly love, writing songs, performing and connecting with their fans.