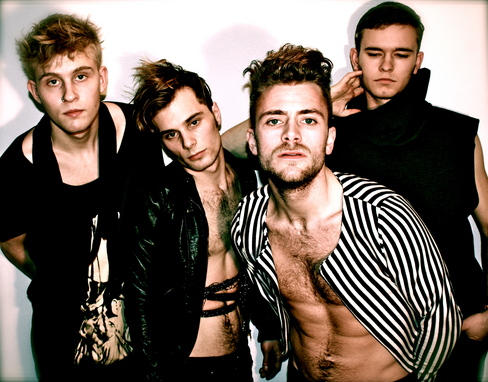 A FRIEND IN LONDON was formed in 2005 when 4 guys met at a art school for music and theatre in Vostrup, Denmark. From day one the hunt for powerful and catchy melodies was the main focus of the band. Through the past years AFIL has been touring Denmark with more than 100 shows refining the expression of their work. The music combines the simplicity of boy-band pop with the complexity of British influenced indie rock backed by powerful choir arrangements

In 2008 A FRIEND IN LONDON won the European final of the Bodog Million Dollar Battle of the Bands, with more than 40.000 bands from around the world participating. This event ignited a spark for the band in Canada and since 2009 there has been 4 successful tours in the province of Ontario, including shows at NXNE (North by North East) & Canadian Music Week, as well as a performance at Breakfast TV, the no.1 morning show in Toronto, ON

2011 has been a defining year for A FRIEND IN LONDON. The band was chosen to represent Denmark in the 2011 Eurovision Song Contest and finished in the Top 5 out of forty-three participating countries. AFIL has been working on their highly anticipated debut album with North American producer David Bottrill (Tool, Muse, Placebo, Coheed and Cambria) with a release set for 2012

Welcome to the FRIEND zone!!.