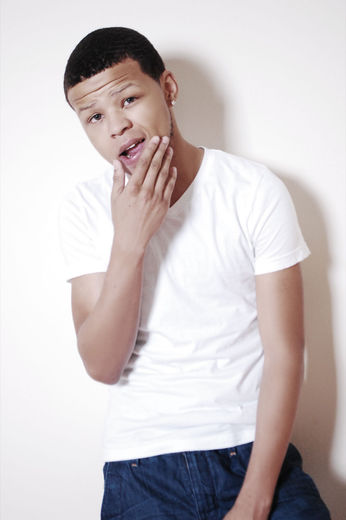 In a time when every one wants to be a rapper,singer and/or song-writer it's difficult to find someone who actually stands out from the crowd. Very rarely do you find someone capable of covering all ends of the spectrum with ease and still remaining true to their artistry. Persia Grai is that rare occurence. His single "Ally & Noah" from the upcoming album "Until Now" is just one example of his creative songwriting, unique voice and depth as an emerging artist.

Persia is an American rapper, singer & song-writer born in Detroit, Michigan. He is multi racial, being of black, sicilian, irish, puerto rican, native american and spanish descent. The son of singer and songwriter, raised listening to everything from Cher & Aerosmith to Bone-Thugs, Jay Z & Eminem, he was bound to have some involvement in music. He explains "My mom listened to Prince and MJ, My dad listened to Aerosmith & Cher, and my sister listen to all rap so i really fell in love with music because of how exposed to it i was". At a very young age he started writing music, imitating his favorite artists and getting a feel for music from a new perspective.

It wasn't until Persia was in his early teens that his life took a twist of fate that re-directed him towards music. He recalls a specific event "One day my uncle who had always been one of my father figures was about to leave my house and for some reason who decided to ask me what i wanted to do with my life. He said "What you wanna be when you grow up mike? You wanna be a rapper?" and i said "Nah man....i want to be a wrestler (laughs)." His uncle died months later, and to deal with the death he turned to writing music. He explains "I wasn't really too familiar with the music process, i didn't know anything about the business and i wasn't really interested in learning at that point, i was just writing to get my feelings out." This was really the beginning of his development as an artist.

After getting familiar with writing music, learning to freestyle and the structure of hip hop songs, he began networking. He eventually met a friend who had his own home studio and they began recording immediately after. Still new to the scene, he continued imitating his favorite artists trying to understand the concepts of punchlines and metaphors. At this time, Lil Wayne & Eminem played in important role in his style development. He explains "Lil Wayne was hands down the best lyrical rapper i'd heard, Eminem had the best flow and way with words. I wanted to be like them so i figured how else but to do what they do?" He and his new found friend formed a group named "P.T.D"  meaning Playaz Til Death. The group recorded many songs before splitting up for a few months. Once back together they found theirselves with another member and under a new name, Citi-Wyde.

Under the name Citi-Wyde they began to push themselves and develop their styles together. Eventually they lost interest in being in a rap group and decided to develop themselves individually. One members father became their manager and developed a label named "Jaw Dropping ENT." He says "We named it that because we were all jaw dropping. We were very young but we were very developed in our styles so people could never guess our ages by our music." Now all in the same school, they grew closer as friends and added yet another member to their group. A young man named Devon Spurlock. They began building their own studio from scratch and everything seemed like it was headed in a good direction.

This feeling was shortlived though. Shortly after the studio was finished being built, Devon died in a tragic car accident at the hands of a drunk driver. He explains "This had to have been the most devastating thing i'd ever experienced in my life. I'd dealt with death before, but never so suddenly and never with no explanation of why this could have happened to someone. I'd seen all the people who died in the accident earlier that day, so it was so unreal. The worst part about it was that the saturday of Devon's funeral was the first day we were supposed to go to the studio as a group. It broke my heart." Persia and the other members all wrote individual memorial songs, bringing local fame to them for giving the community something to grieve with. Despite the devastation spread wide throughout the community, Devon, Erica, Stephanie and Jordan (the others who passed in the crash) began to leave blessing for the members from that point on.

Persia's song ended up on FOX NEWS as they covered part of the story. The entire group put on their own show in memory of the lost teens, having 100+ people in attendance. The show was covered by FOX News yet again, being the first time Persia had seen himself on TV. They all began doing shows from this point on and developing themselves at a rapid speed and quickly obtained a buzz from all parts of the Metro Detroit area. At this point, Persia had developed his own style and his own voice, launching him into his own artist development. He began writing music at an intense rate, having 3 full 5 section notebooks full by the end of 2010, amounting to about 200 songs, verses and hooks. Persia learned to express himself fully and creatively through songwriting, often writing about past and present experiences, lost love and real life situations though his lyricism in superficial songs was kept up to par. Continuing to grow as an artist, Persia built his own studio, learning the trades and filling up a couple more notebooks. He began to try to develop himself as a "Made Man", paying for his own photoshoots, videos, mixing, mastering & all other services to push himself.

Persia is currently working on getting his first album done and writing music for the second one. Though Detroit doesn't have much going for it in the Music Business, Persia anticipates the future he know is coming and believes he is ready for what's to come. "I have alot of people around me that tell me they know where i'm going and they believe in me. There's also alot of people telling me the odds and that i might as well give it up, but if i ever lose anything, it won't be because i gave up on myself. Ever. Promise."