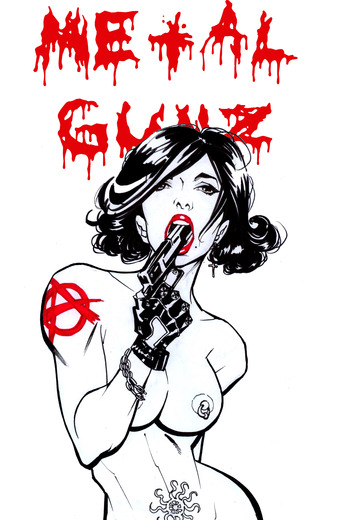 MetalGunz, is  a Rock & Roll Heavy Metal band whose music ranges through the different sectors of metal music has always been a favorite in local shows. Whether it’s a ballad or music with a touch of death metal, they never fail in drawing the troves of “head bangers” that respond to the energy that this band exudes from their sets. .

The band that was formed in their high school has been in the scene since the early 90's and has only grown stronger over the years. Forged by their love for heavy metal and thrash music, they blazed through covers from almost every band that they were listening to. Often jamming songs from Metallica and Guns & Roses, it is quite apparent on how the name MetalGunz came along

MetalGunz have released their full-length album entitled “Never What It Seems” which was recorded at Black isle Studios and mastered by Alan Douches of West West Side Music. The album is a concoction of their various influences.The album was released in August 2009.