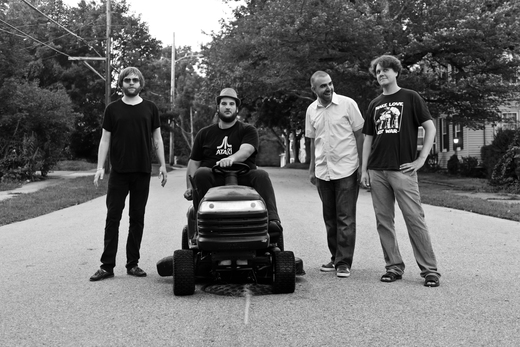 Richard James & The Name Changers—RJNC to their fans—are a Boston-based rock band with a piano driven, song-oriented sound that appeals to adventuresome music lovers with genre bending tastes and a desire to dance. If that isn’t specific enough, then one should turn to the source. “Whiskey-infused roots rock and roll,” says Richard James when suggesting a sound for his band… I’m not really sure what that means,” he says, “but it sounds good.” That kind of willingness to roll with it has served the pianist/ front man pretty well thus far. After a few years of performing in the Northeastern U.S. and Atlantic Canada, headlining local haunts and supporting the likes of Grace Potter & The Nocturnals, Big Sam's Funky Nation, Edward Sharp & The Magnetic Zeros, Chris Robinson Brotherhood and many other inspirational artists whose fans have embraced the up-and-coming quartet, RJNC have built up a core following in Northern New England, and now they have their sights set on the entire Eastern seaboard.

In the fall of 2012, after two years of writing and recording, the band released their sophomore album Cuba Street. Produced by Benny Grotto (Aerosmith, Ben Folds) and the duo of Joey Pierog and Brian Coombs (Mike Gordon), the record showcases the band’s ability to move smoothly from soulful, boogie-woogie, blues-tinged rock to jam-influenced compositions with subtle and diverse flavors ranging from the likes of Little Feat, Dr. John and The Band to The Black Crowes, The Rolling Stones and My Morning Jacket.

“…the band’s originals sizzle with playful hooks and jam-friendly tactics, bordering between mighty soul power, sauce funk, and straight-up festive piano rock. The tunes are easy to jive with, even for the most passive listeners.” ~ My Secret Boston

With an original catalog of over 50 songs and a broad range of classic and obscure covers, Richard James and company—a wrecking crew that sometimes includes a three-piece horn section—turns any room into a party.