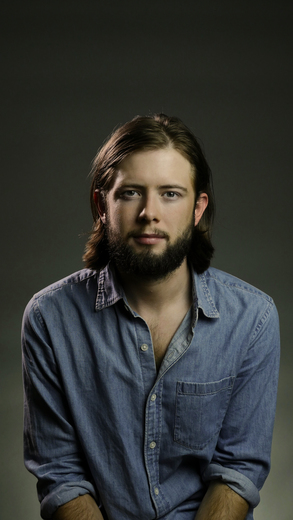 Passion and charisma are what you think of when you hear the music of 20-year-old singer-songwriter Tyler Blalock. With his captivating lyrics and a radio-friendly sound, he brings an undeniable warmth that has listeners wanting more. "I love nothing more than being personal and completely honest in my music," says Blalock. "It’s the best way I know of expressing who I really am.

Blalock grew up in a suburb of Atlanta, Georgia and became involved with guitar at the early age of eight. " I remember the first time I picked up a guitar and my great-grandfather showed me my first chord," he says. "I was inspired by the way he played and his style. Even though he loved bluegrass, I found I had a love for a more mainstream pop/rock style of music." Soon after picking up guitar, Blalock discovered his love for writing songs. "It was sort of a natural process for me," he states. "There were so many things I was wanting to say, and I found I could do this best through music and lyrics." From there, he began focusing on refining his songwriting skills, constantly writing lyrics and melodies. It soon became clear that Blalock wanted this to be more than a hobby for him. In early 2010, he was accepted to Boston’s Berklee College of Music with a Songwriting major. "I’ve grown tremendously as a musician both in and out of class since being at Berklee. I’ve had the opportunity of working and playing with incredible musicians, which has been the best learning experience I could ask for," says Blalock

For the past two years, he has been writing and recording his debut album Between The Lines. Not only did Blalock write every songs on it, but he also played and recorded all of the instruments himself. "I’m excited in the fact that this is my first album because this is my chance to let others know who I truly am. It’s like a first impression," he says. "These songs are things that have happened in my life, or things I’ve seen happen in others’ lives, and I can’t wait to share these stories. It’s crazy to think a part of me is in the form of ten songs." Between The Lines released on June 7, 2011, and is now available on iTunes.