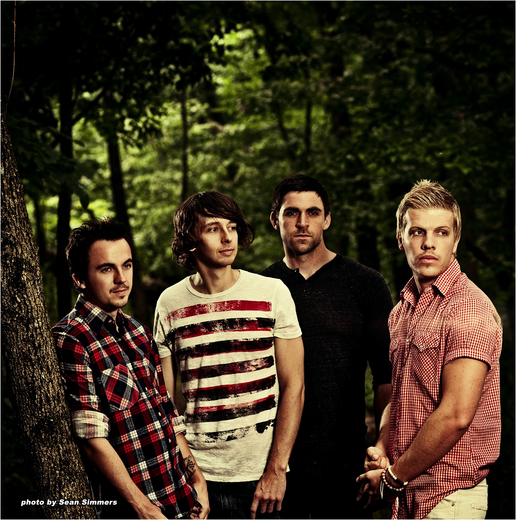 Central PA musical artist Kingsfoil focuses on finding ways to capture the emotional nuances of life through catchy lyrics and interesting music. Since hitting the music scene in 2007 with their debut EP “Bear in the Attic”, the indie pop rock band has shared dates with many national artists including We The Kings, Creed, Anberlin, The Ting Tings, Chiddy Bang, and Lovedrug. Now riding on a Summer 2010 release of their critically acclaimed self-released LP “On Our Own Together,” the band continues to show they have a unique but enjoyable sound. Support from world renowned Philadelphia radio station 88.5 WXPN has helped the band dive headlong into conquering the mid-Atlantic region and beyond with energetic live performances and their signature songwriting. Kingsfoil frontman Jordan Davis’ strong vocals soar above carefully crafted arrangements by bandmates Tristan Martin (guitar, keys), Tim Warren (bass), and Frankie Muniz (drums). As their recent feature in Beatweek Magazine pointed out, “each new endeavor the Kingsfoil boys take on seems to make them increasingly popular and marketable.” At the very least they’re trying to make great music and have fun.