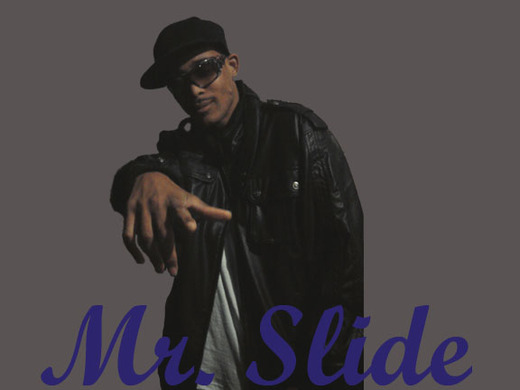 On his quest to achieve supreme greatness Mr. Slide current member of the Royal Union "Grand Cru" and self proclaimed artist is branching out off the family tree to venture on his solo project titled "Brilliant By Design" which features the lights of his Grand Cru affiliates Boogie tha Hustleman, Ace, Conscience and his long term friend and indie label mate Yung Shazy tha Bandit. "Brilliant By Design" is a chance for Slide to show off his lyrical side as well as his business frame of mind with ground breaking singles such as the melodical trance "Its Mista" and the Street anthem " Move Right" where slide proves it's no more Mr. nice guy.

Growing up out in the West Slizzy learned to adapt to the style of music and the culture of the streets but never abandoning his ties to his East Coast rituals his eastern roots dialect and demenour definitly appears in his music as well as his M.C stature excelling to a new plato and giving a new awakening in life Mr. Slide takes a step out of the dark into the light to breathe breath into the minds of aspiring hip hop artist and give a knew meaning to the industry thats near it's dying end.