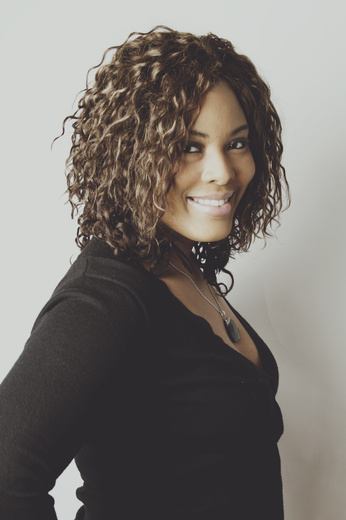 Stephanie Rivers was born and raised in Oklahoma - but don't think he
music is country - she calls it "Folk Soul." Influenced by artist
such as Billie Holiday, Aretha Franklin, Ani DiFranco, Lauren Hill an
Mariah Carey, Stephanie writes and composes music that combines he
varied skills and flair for eclectic combinations of Jazz, R&B, Soul
Classical, Folk, Rock and House genres to create her own unique sound
The combo has been a hit across the globe. At her New York cit
concerts her voice, grooves and live performances get everybody up an
dancing. In Europe, she landed a record deal working with some of th
best producers in House & Dance from England, which led to features o
an album from Italy

However, all this began with modest roots in Oklahoma. As a child
Stephanie began in community talent showcases and public televisio
forums in Tulsa, which starred young community talent. From "Sta
Search," to "Puttin' on the Hits", Stephanie sang, danced, acted an
modeled on community stages, in churches, and in school programs. By the time she was ten years old, she was studying classical pian
and voice, which combined later with guitar serves helped to prope
her vast musical talent and ability - which now has even amazed
crowd of 500 in New York's Central Park. After you hear her voice
lyrics and fantastic rhythms - you'll see why she continues to amaze.
« View This Artist's Complete Profile
Connect with OurStage: Facebook Twitter YouTube FourSquare Newsletter RSS feed
ADVERTISEMENT
?Need help?
Copyright © Amazing Media Group  2006-2023
p
A
n
E
F
Song Title by Artist Name
987654d
LM
iAnEAqqqq