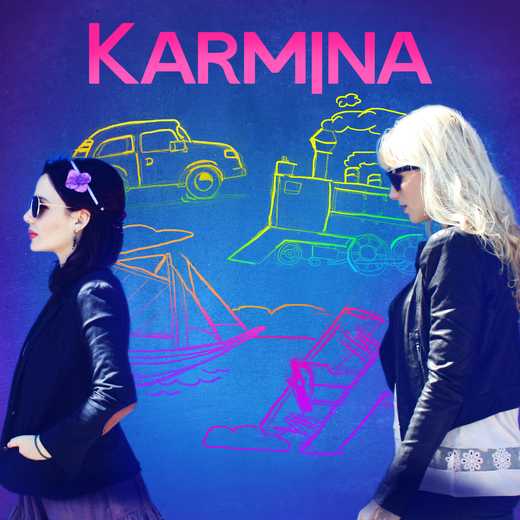 Sisters Kelly and Kamille are the band Karmina (means "song" in Latin). With a background in classical music, their influences range anywhere from Brahms to Björk to The Beatles. They write, sing, produce and perform their original music, which can be heard on such major television shows as CSI:NY, 90210, The Hills and The Cleaner.

Wrapping up 2011 with a two-month UK/EU Apple store tour and a US West Cost tour, the sisters continue to play nationally and internationally, having performed with such artists as Sheryl Crow, Sara Bareilles, Hanson, James Blunt and Carol King.