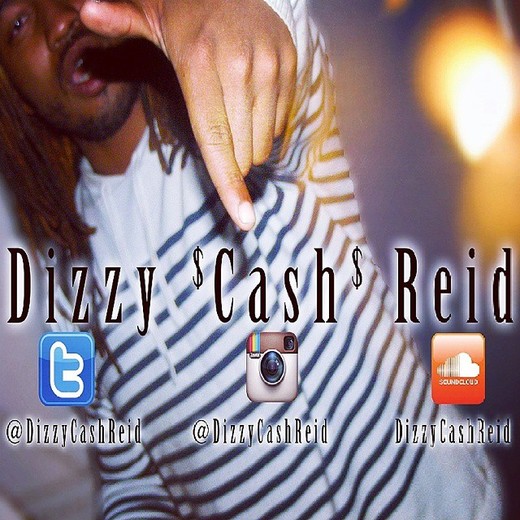 Artists from the Washington, DC metropolitan area are working hard to make an impact on the national music scene. Dizzy Cash Reid is one of those artists. He has a unique style with an explosive flow that cannot easily be compared to any prominent artist. He wants to make an impact on the industry with his style and skill, and brings to the forefront the uniqueness of the underground. With the seeds of greatness instilled in him, you will be sure to hear him blasted on your local radio station very soon.

Dizzy started rapping at the age of 7. He says that he started with simple nursery rhymes. His father was affiliated with Washington singer, Nonchalant, so he was exposed to the rap game at a young age. He grew up understanding that he wasn’t from the hood or the trap, and refuses to incorporate those things into his music. “I’m from PG County. I never was in the trap. I talk about what is real to my life.” Growing up in Cheltenham, at the southernmost area of Prince George’s County, Maryland, Dizzy graduated from Crossland High School after attending Gwynn Park Middle and High Schools.

As a result of Dizzy having this desire for music so deep inside of him, he began to work seriously on his music in 2009. His first mixtape, “Break-up Now, Love Later”, was so popular among his peers that he made a part two. As a result of that product he formed a crew, Casket Boys, with a similar mission to “kill” any beat. When performing, the Casket Boys promise to bring you performance like you have never seen.

Dizzy’s newest Single “Not Saving” is produced by Johnny Guilano. It is a song with a unique sound with a well known producer. His has a mixtape out called “Love, Sex, and the Ex.” That mixtape displays the lover side of his flow. Dizzy is always in the studio creating new music for his fans. He is working on a project “Cigarettes and Coffee” which displays the goofy side of him. Another project he has in the works is “Asshole Mentality” which highlights the no-nonsense side of his personality. All of his music is designed to show his versatility and be a mirror reflection of his soul.

Dizzy is bringing the quality of the underground to the music industry. He feels that his group is qualified to bring the people a new sound with a unique feel. He hopes that the fans are ready and receptive to the feel he is bringing to the table.