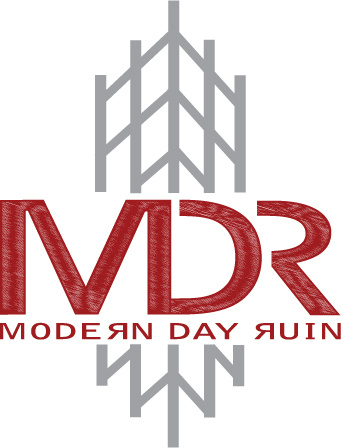 Current MDR released their new CD The Current Disconnect to fans with the idea that music is meant to be shared and enjoyed.  Wrapped in eclectic and era-influenced musical and lyrical movements, we hear the sounds of a band poised to emerge as a force to be reckoned with. Modern Day Ruin pumps out the sounds of catchy pop hooks paired with the finest electronic persuasions and rock sensibility. From the Twin Cities, MN music scene, Modern Day Ruin proves to be formidable not only in their home territory, but throughout the entire Midwest. Playing regularly in Michigan, Chicago, Iowa, and Minnesota venues – both renowned and upcoming; have proven to be difficult boundaries for Modern Day Ruin to exist within. Instead, with an ever growing fan base and diverse plays on internet and commercial radio – Modern Day Ruin is growing into the festival circuit. Modern Day Ruin, or MDR as they are sometimes known, look forward to a future rich with serving the fans; delivering great albums and great shows, in a format that is enthralling and captivating for every audience, every performance. Modern Day Ruin deals with real life. More concisely, they handle the issues that permeate the reality of our society. Be it a member’s struggles expressed in artistry, a family member’s struggle with Parkinson’s and Diabetes, coping with Multiple Sclerosis, Cancer, or mental torment and anguish; the real issues that we face as a society cannot always be vented through discussion and study. Sometimes we must express and feel in song and art – this is our passion, because this is our struggle just as it is yours. Modern Day Ruin shares in the same experiences as their fans.