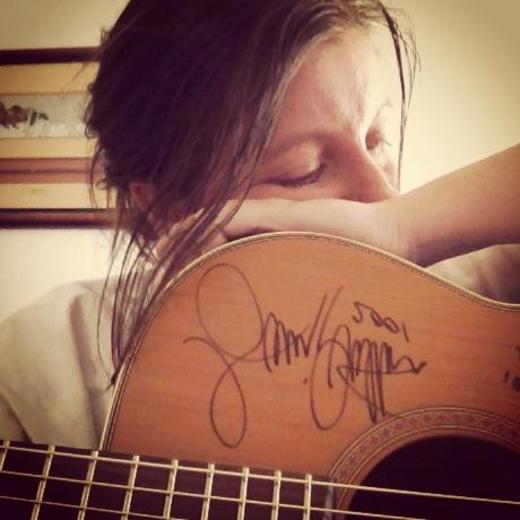 Having been raised in the Sierra Nevada mountains of Northern California, and influenced by the "outlaw generation" of the country scene at the time artists like like Lacy J Dalton, Waylon Jennings, and Don Williams. Growing up listening to greats Like Gordon Lightfoot and John Prine, it seems only natural that Stacy's music is reminiscent of those childhood influences.

With her knack for lyric writing and storytelling making it's appearance at an early age, it seems Stacy was always destined for Nashville. At the age of 18, she packed up a beat up 67' Mustang and set out for Music City to pursue her dream of becoming a singer/songwriter.

The rest is history.

Her heartfelt lyrics and unique tone draw you in from the first word and keeps you captivated until the very end. With stories so personal and a voice so pure and emotional,you find yourself asking "Is this song about her?"

In 2000, Stacy met producer (and future husband) Steven Swinford, and together, they’ve made their roots in Nevada. Since then, they have started up successful production (Swinford Music Productions) and publishing (Nolans Farms Music Publishing) companies. Quoted as saying " I’ve learned that you should follow your heart and face your fears. You should look at life with childlike wonder. I am a believer in fate and destiny", she encourages us to reach for all we dreamed of in the carefree days of childhood.

Stacy Swinford brings her trademark fusion of country/pop and folk music to a new generation of music fans.


This random life....aint so random after all.

The Americana Collection (a syndicated radio show) on tspcountryradio.com
iheartradio.com and newartistsonline.com

Co-writer for Lacy J. Dalton's play "When Your Ship Comes In"