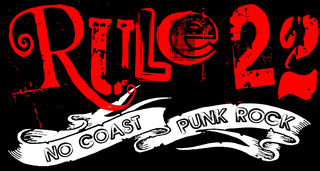 Hailing from the Chicago area, Rule 22 is a ska-punk trio. Since 2001 they’ve brewed a style that sounds like a riot in a church with more hooks than a fisherman. Their lyrics spit fire about religion, politics, joy and strife. To date, they have released 2 full length albums, and recently a ten-song split with fellow Chicago punk band, She Likes Todd. Rule 22 has been featured on a number of compilations, nationally and internationally and are played regularly on numerous online radio and college stations as well as FUNGUS on XM. They've supported tour dates with bands including The Suicide Machines, Anti-Flag, Voodoo Glow Skulls, The Lawrence Arms, Mustard Plug, The Flatliners and dozens of others.. The band has toured the Midwest, Central, East and West Coast United States as well as a Canadian tour in 2006, and Warped Tour 07’, having played a total of 343 shows as of 4/17/08..