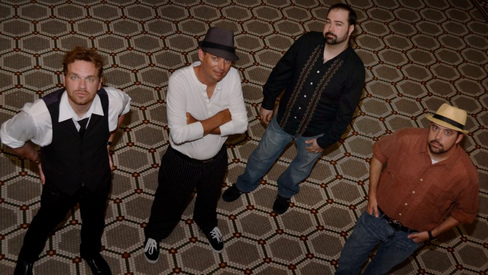 Back To Blue was formed in Waxahachie, Texas in 2004 by Eric Jordan (lead vocal/guitar) and Rick Fontaine (guitar/vocal). Through several line-up changes, the band finally found it’s sound with the additions of Paul Blanchard (bass/vocal) and Carl Edmison (drums/vocal). While playing frequently around North Texas, Back To Blue found the time to self-release our own CD’s of original music, including 2007′s ”The 13th Day” and most recently with ”Songs For Conjuring, Vol 1″ released in 2011. We are currently playing as often as humanly possible while preparing new material for our next CD.