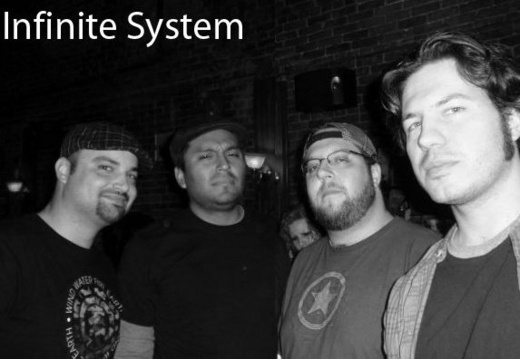 3:14 AM, April 20th, 2006
The weather was just warming after a harsh, deadly winter. Project IS001 was progressing smoothly, when out of nowhere, sheer sonic chaos erupted from a lab at a suspected American “black site.” Pulsating guitar riffs and heart-pounding bass frequencies fused together with intense percussive rhythms created a maniacal force that has rapidly emblazoned its mark on the music industry. The individual subjects have yet to be identified; however their lore is spreading like a wildfire throughout the NYC area. The newly-formed alliance with Seventh Level Records has propelled Infinite System from the realm of the enigmatic to the domain of the prominent. October 23rd, 2007 saw the public release of Project IS001, code-named “Human Race.” The future holds the key to the questions left unanswered. Check us out on Facebook to listen to more songs, and you can also pick up our CD "Human Race" on CD Baby and through the iTunes Store!