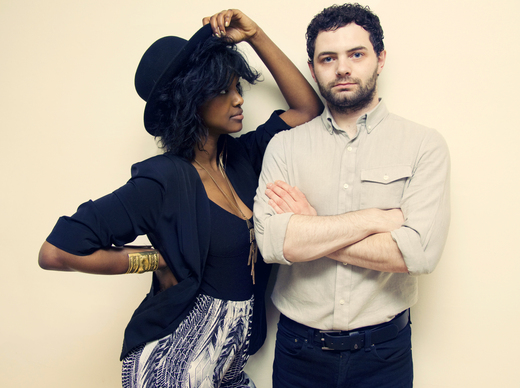 We Were Lovers has gusto! Dancey beats, swirling atmospheric guitars, and dynamic synths convey a wide array of moods and themes, as strong female vocals wrap stories of love and loss around catchy melodies. With comparisons such as “... Stevie Nicks-meets-The Cure pop." by The Austinist.com - The Polite Invasion: Canada Bands at SXSW, Ash Lamothe and Elsa Gebremichael have mastered a pop balance infusing electro, dreamy, rock and disco elements. Known for their heart-pumping, high energy live show, this duos undeniable connection radiates from the stage pulling you to nowhere but the dance floor.

No stranger to the road, WWL has spent many months on tour across Canada and much of the U.S. with travels to NYC and most recently Las Vegas, San Diego and LA where they showcased at the Viper Room. They’ve also shared the stage with The Arkells, Land Of Talk, and the New York Dolls, showcased at the WCMAs, CMW, NXNE and SXSW and recorded their upcoming self titled EP with Engineer / Producer Chris Coady (Yeah Yeah Yeahs, TV On The Radio, Beach House, Grizzly Bear, etc), mastered by Joe Laporta of The Lodge (The Raveonettes, Vampire Weekend, The Walkmen etc).

"A little bit of 80s new wave with a little bit of New York grit, We Were Lovers construct a very different dance song for your boogey needs. We Were Lover’s new self-titled EP shines over four songs, capturing the attention of club kids and Brooklyn beat followers every where." - Amy Dittmeier, www.heavemedia.com, Chicago

"Hands down, Saskatoon duo We Were Lovers stole the show with their addictive brand of dance rock and rhythmic energy... they made the night with their infectious mix of dance beats and rock infused songs that grabbed the crowds attention." - richchung.com Vancouver Blog

"Sure to be Canada's sweetest export since Maple Syrup, We Were Lovers combines their solid pop sensibilities with an untamed rock and roll edge… WWL create popular music with an original twist.." - CMJ Magazine, New York

"The show was outstanding. Within seconds of the first few notes of 'Dangerous Darlings' the hometown crowd took to their feet. This is an instinctual reaction to We Were Lovers, you will find. Your body just refuses to sit still." - Jason Stockfish, The Sheaf
« View This Artist's Complete Profile
Connect with OurStage: Facebook Twitter YouTube FourSquare Newsletter RSS feed
ADVERTISEMENT
?Need help?
Copyright © Amazing Media Group  2006-2022
p
A
n
E
F
Song Title by Artist Name
987654d
LM
iAnEAqqqq