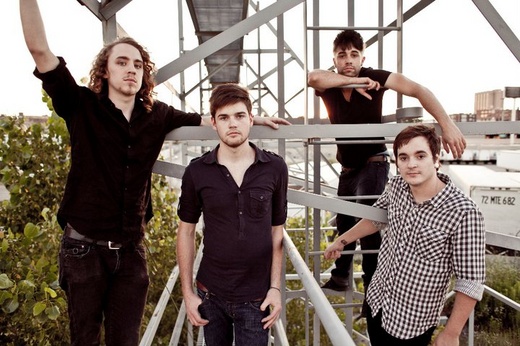 What began in the spring of 2009 by founding members Nick Hill and Dane McCrary, The Sudden Impact was born. In the beginning both Nick and Dane where in search of there next musical outlets considering both of there bands at the time had recently began going there separate ways. So together they decided that they had way too much unfinished business and music was still their number one priority. So naturally they decided to put there heads together and make something the both of them have only dreamed of. Even though they both have a talent for making great songs by themselves, they realized together that they are unstoppable.

After the first three songs(The Truth, Catch Me If You Can, Ocean Eyes) started to bloom, they knew it was time to complete the band and find the perfect members to not only play, but also bring everything a band needs to the table. It wasn't too long after their first single was online (The Truth) that they found great friend and Drummer Sam Reed. As a drummer Sam not only brings the beat, but he brings the energy. So with the band having 3 of its 4 members they were on the hunt for that last perfect person for the bass. They thought long and hard about it, and again with the success of The Truth, they found themselves with the best possible person, Stu Jefferson. Stu brings the success of his other band (BAMF) and his dedication to being the best that he can be.

Soon after completing the band they knew it was time to finish there first Ep (Write Your Own History). They had two song completed (The Truth and Ocean Eyes) they wanted to finish out the rest of the 6 song Ep with the band as a whole. After writing songs like, Here We Go and Sneaky Temper, they knew this band was a driving force of nothing but catchy riffs and addicting hooks. With the accomplishment of finishing there first Ep, TSI realized that having a band with the members not only perfect for writing with each other but are also the greatest of friends makes it all the more reason why they know they have something special. This is why you need to keep your eyes and ears tuned in to see what the future holds for, The Sudden Impact.