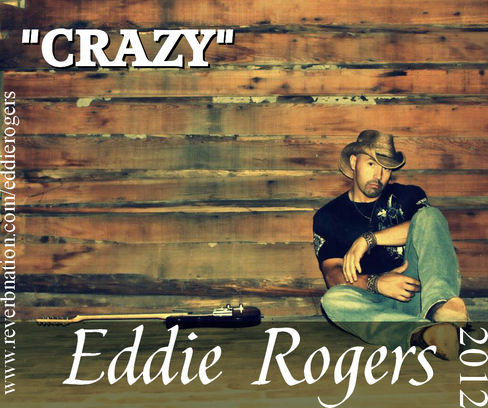 Who is Eddie Rogers? The country singer? Well, you already know where South Carolina is, but to really know Eddie, you might have to visit Sparkleberry Swamp. It's in Pinewood, SC and it's is just one of the hideaways to which Eddie Rogers slips away with his Dad. That's where he can get his fishin' on (when he ain't huntin'.) Nope, there's no Circle K out there. Just a bunch of cabins and a boat that floats on 55 gallon drums in water that most people only see on The Discovery Channel. Folks out there know Eddie as a country singer with stars in his eyes that are so bright, that they've got 'em in their eyes too. But for now, they only hear about what happens when Eddie Rogers goes back home to Sumter, SC. That's when he steps up onto brightly lit stages as the lead singer of a well known band called The Sundown Boys. They don't get to see him bring the house down week after week for thousands. They don't get to travel to Nashville and watch him record in studios with acclaimed musicians and producers... but if they want to see their local hero make the airwaves out at Sparkleberry - they may not have much longer to wait. Eddie Rogers is coming to a set of speakers near you. He sings with that country baritone sound, but he strikes out and belts those high notes at will. He loves big harmonies. He's a traditional country artist with an edge of bad rock and roll. He's fun; yet he's dynamic and serious too. He's a family man and a man's man; but has a heart for all people and their struggles... and he's full-on, die-hard country, like it or not. It's all reflected in the music he writes and performs. He's good old American hard worker like his Mother and Father; but he happens to play about 10 different instruments and has been a touring pro for years. He is endlessly driven to chase his dream until the wee hours of any given morning. That drive has gotten him to Nashville and landed him with producers such as Jason Lucas, President of Monsta Nash Entertainment. Together they've combined their writing with that of Nashville greats to begin recording a series of productions that are changing things for Eddie. It's a new world, full of opportunities and now there is jet fuel for the fire. He plays, sings, rocks the stage, loves his band mates and his many fans. If you aren't a fan yet, the rig is loaded and he'll be playing this weekend. As for the folks at Sparkleberry Swamp... Hang on another minute y'all. Eddie Rogers is almost there