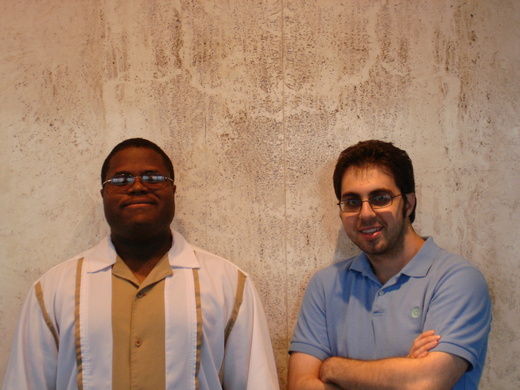 Max Macrides and Dominic French are a young songwriting team from Boston, specializing in Pop, Rock and Soul music that transcends time. Emmy award winning composer Randy Klein said they "have an understanding of the style and how the music and lyric have to build. [They] also understand how you must give the ‘artist’ freedom to make the song soulful."

They have been writing commercially for many years to critical acclaim. In 2009, they secured a publishing deal with RDSD Music Publishing for their song, "Can't Call It Love", and again in 2010 for their single "Put the Day on Hold". They are about to release their first EP of songs, and are preparing to take the Boston music scene by storm.

A graduate of Berklee College of Music, Dominic French has been in the music business for over 5 years, participating in many different aspects. He has been band leader/ music director of several popular Boston bands, and a talented instrumentalist in many more, including several years as a keyboardist in the renowned production of Black Nativity. He's an accomplished composer, having had his works played by some of the region's most prestigious groups, such as the Boston Saxophone Quartet. He runs a private production company called Side Dorr Productions that services struggling songwriters he believes in, as well as a boutique music publishing company that handles his and Max's songwriting activity.

Max Macrides has been working in the musical world for over a decade as everything from a drum tech to lyricist. Influenced by a varied musical experience including, opera, theater, jazz, rock, country, and pop, he constantly refines his craft in an attempt to write simple, honest, and above all good, lyrics. He works closely with local artists in an attempt to help them improve their writing and foster an open artistic environment.

Driven by a love of music and a passion for quality work, these two songwriters will no doubt continue to rise in the industry. Celebrated songwriter Jon Aldrich said, “It is quite obvious that here are men who are driven to write commercial songs that have radio potential. They’ve got the gift! They’re a natural.”
« View This Artist's Complete Profile
Connect with OurStage: Facebook Twitter YouTube FourSquare Newsletter RSS feed
ADVERTISEMENT
?Need help?
Copyright © Amazing Media Group  2006-2022
p
A
n
E
F
Song Title by Artist Name
987654d
LM
iAnEAqqqq