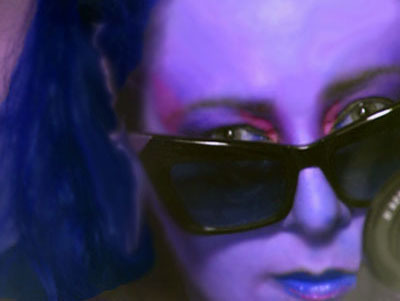 Im just a gal with lots of talent and creativity. I've been a musician since age 3. I had a chance at a huge record contract in 1989 with Geffen. Yup. When I got the call from John Kalodner, THE big wig then, signed GnR, etc., he did not believe that I wrote my songs!! He thought for sure that my guitarist did!! I'm female, guitarist male. Say no more. He was a sexist insulting creep. I did not sign. Could never sell my soul to an outfit like that just for money. Heartbroken. The band fizzled...by 1991 it was done. I went back to school, UCBerkeley! Became a psychiatric clinical social worker. Private practoce as a therapist. But it couldnt last. Way too creative and an independent thinker to be limited in such a career...left in 2006.

So...I'm now 62, still singing, writing, getting ready to create a solo set and play out again. With age and experience my lyrics have substance and vision I thought lost. As soon ad I get my gear back up, I'll upload some new stuff! It's NEVER TOO LATE to rock and roll!
« View This Artist's Complete Profile
Connect with OurStage: Facebook Twitter YouTube FourSquare Newsletter RSS feed
ADVERTISEMENT
?Need help?
Copyright © Amazing Media Group  2006-2022
p
A
n
E
F
Song Title by Artist Name
987654d
LM
iAnEAqqqq