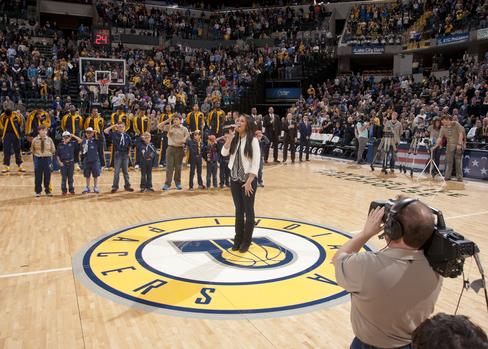 Brooke appeared on National T.V. at age 12 performing at the MGM Grand in Las Vegas. She has also  performed the National Anthem for all of the Indianapolis Pro Sports Teams, including the Indianapolis Colts and Indiana Pacers starting at age 10. By age 15 , she was performing at Fairs and Festivals across Indiana, and opened for Kenny Chesney at a Peyton Manning fundraiser in downtown Indianapolis.  Brooke made it to the 3rd Round of American Idol when she was 16. She had her own Band at age 17, and performed at all of the top Music Clubs in Central Indiana. Her Band has opened for Hunter Hayes and Rodney Atkins. Brooke has recorded in Nashville with musicians from superstar acts such as Martina McBride, Kenny Chesney, Lady A,  and Taylor Swift!