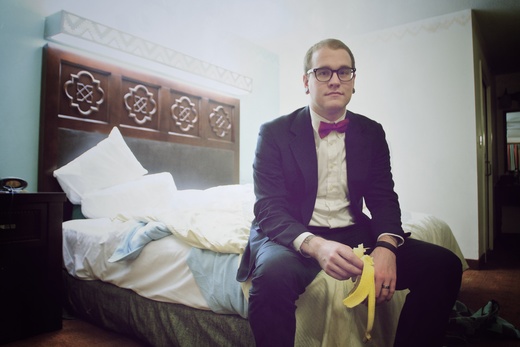 Acoustic, electronic, rock, hip hop-- you name it, Chris Robertson has played it. From the moment he picked up his first guitar at age 14, Chris has been experimenting with every type of music he could get his hands on. While he has lent his talents (both vocal and instrumental) to various bands and projects over the years, he finally found the perfect outlet for his vision in 2008, when he created his solo project: The Whale and the Wave.

Since then, The Whale and The Wave has been featured in independent movies, in various television shows (such as NBC's “The Voice” and “The Nate Berkus Show”, and MTV/LOGO's “The Baby Wait”), Substream Magazine, and many other online publications. Chris has also opened for many touring bands and artists, including Meg and Dia, Breathe Electric and You, Me, and Everyone We Know.

Chris is a firm supporter of the artist-fan relationship. Through various social media outlets and websites, he always stays connected with his fans and makes a great effort to release his music to the largest audience possible by keeping it free or extremely low-cost.

While Chris, through The Whale and the Wave, is continuously trying to break boundaries and all definition through his music, it all always starts with two things: a guy and his acoustic guitar.